"I have always been in love with bikes, from every point of view: design, mechanics, technology. I love them and, precisely for this reason, I search and hold out only for the best."

Gennaro Scognamiglio, former rider from the '70s era and a skilled and passionate collector for decades now of the most exclusive creations, seems to have a rather clear idea on the subject.

"Italian bikes have a particular charm, superior and different than all the rest." And in the case of the Aprilia RSV4 X, there were many reasons to fall in love, starting from that 23 March of this year, the début date of the "RSV4 of the decade", at its track christening in the able hands of Max Biaggi.

"I was there too on that day in Mugello, at the Aprilia All Stars. It was an interesting event in and of itself, a particular single-brand event charged with excitement. But I didn't expect it to ignite a love affair." Instead, it was love at first sight and the online prebooking was a natural consequence.

"Beautiful, gorgeous. Seldom have I seen such a skilful blend of an attractive design and the full triumph of sportiness. Every solution, down to the smallest refinement, was designed for maximum performance, without compromises. I don't think there is anything else like it around anywhere today. And departing from Naples, headed for Noale, and collecting our RSV4 X from the hands that created it was the most emotional moment, the final step on a path begun together with Aprilia Racing. The delivery of a ring, an act of betrothal."

We asked him how he came to the decision to purchase. "It goes without saying that the limited number of units was an irresistible attraction - the magnetic force that I couldn't (and didn't want to) resist.. And the characteristics of the bike were just as fatal: first and foremost, how compact it is, and the combination of the carbon tones and the colours of the livery. But there is much more beneath the fairings, and you can tell straight away. That's where all of its value is concentrated, in the many billet components and the most exclusive technical solutions. The ANN system (Aprilia No Neutral, the gearbox with neutral positioned below first gear that speeds up shifting from first to second and prevents any up-shifting errors) is something spectacular.

And now? "We'll introduce it to the asphalt on the track. That is its natural element and it is only right." However, he confesses that it will be in small doses. "It will also be proudly shown off outside the circuit, I promise..." 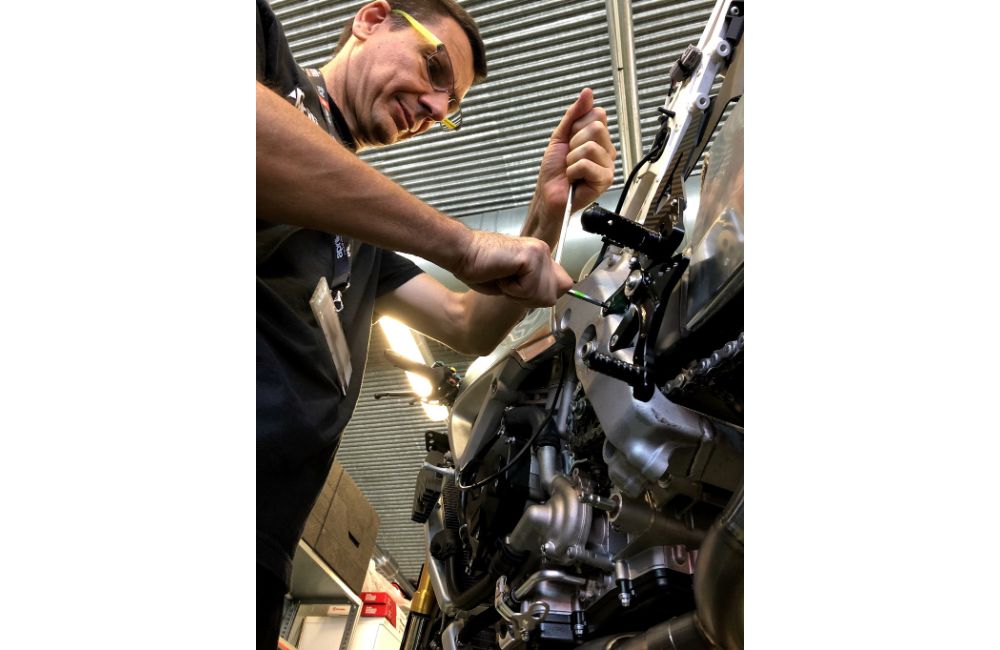 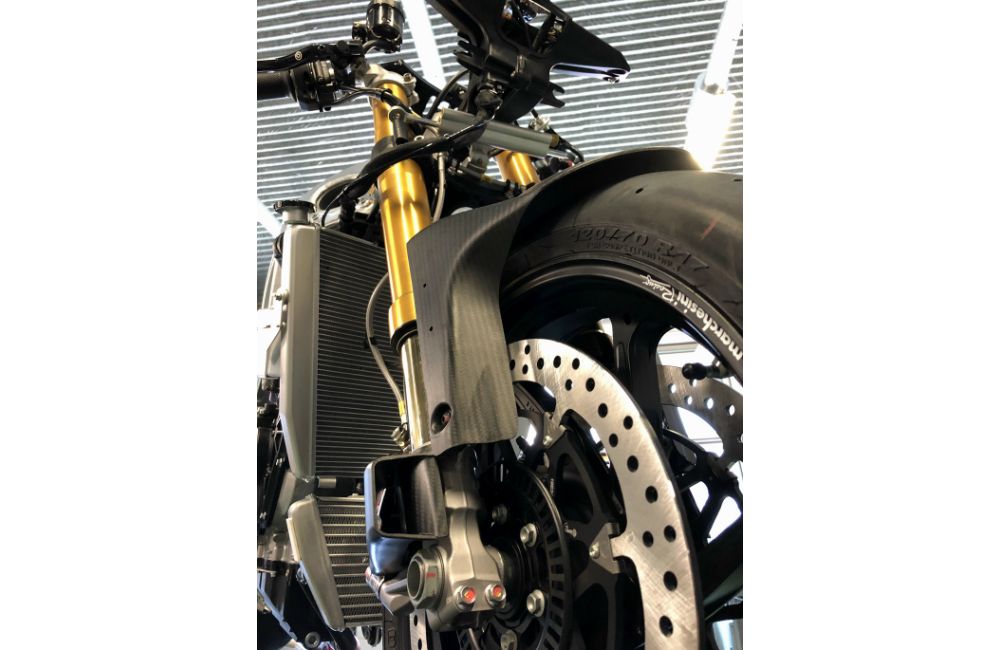