We take the RSV4 lineup to the next level

Imagine for a minute you’ve created one of the most powerful, nimblest, and electronically sophisticated sportbikes offered to the public. This thing is badass, right?

Now, take your creation and turn it into something even more impressive. Gobs more power. Better handling. Even more refinement across the board. No excuses. Zero.

This a familiar story to us at Aprilia. After unveiling the RSV4 RF, we challenged ourselves to take our up-spec model to the next level. Faster, better handling, and seriously eye-catching from top to bottom.

There’s no question that we put an emphasis on building the RSV4 1100 Factory to have a more potent engine package than its predecessor. Displacement climbs to 1,078cc, as does horsepower—to a 217 power-wheeling ponies. Yeah, try telling us that you really need more power.

How exactly did we make the bump happen? The RSV4’s cylinder bore gets expanded to 81mm from 71mm, while stroke remains the same. Our engineers also went to work on a new oil pump, oil jets, and revised intake valve timing. Oh, a 13,600-rpm redline and longer-ratio fifth and sixth gears mean eye-watering top-end speed.

That said, if you can get your eyes of its titanium Akrapovič exhaust system, throwing a leg over the RSV4 is an exercise of true guts and bowel control. Have fun.

A motorcycle as powerful as the RSV4 1100 Factory deserves a highly-potent, yet confidence-inspiring chassis. We’d say that mission was successful.

In creating the Factory, we revised the chassis for better weight distribution. The steering offset was changed, resulting in a 4mm shorter wheelbase. In simple terms, this brings the front wheel closer to the rider, increasing load on the front tire and more corner carving prowess than ever before. Little changes that mean big results.

To enhance suspension damping and provide more support at mid corner, we increased the travel of the Öhlins Nix fork setup by 5mm, while pairing it with a seriously capable TTX shock absorber. Only the best for the RSV4 1100 Factory.

The RSV4 1100 Factory stole aerodynamic technology from the MotoGP RS-GP prototype in the form of fairing winglets. These pieces were designed in the wind tunnel to increase high-speed stability and improve wheelie mitigation at corner exit. Serious stuff. 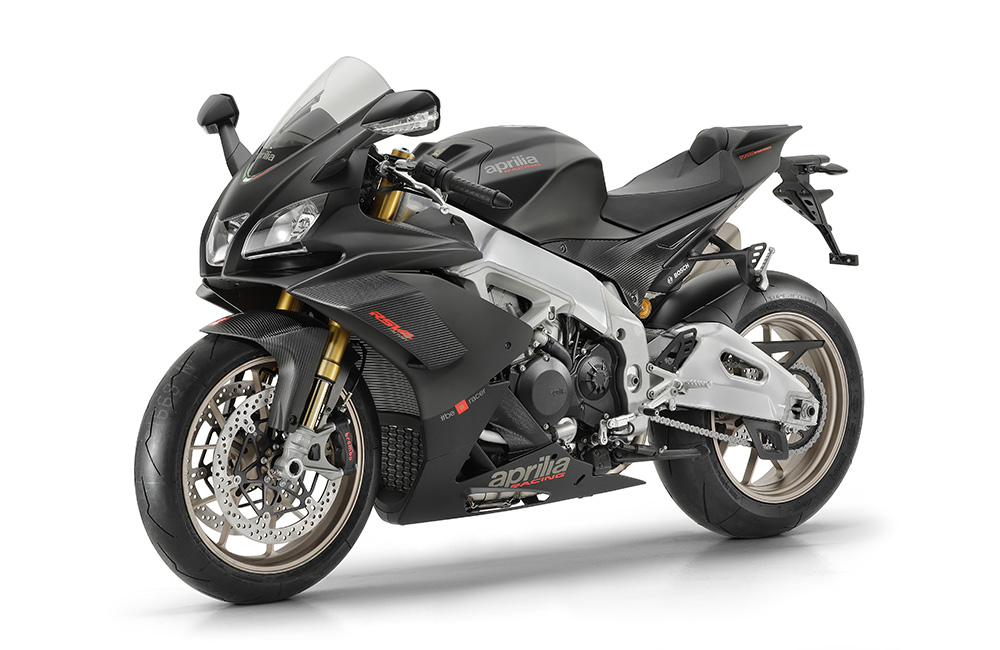