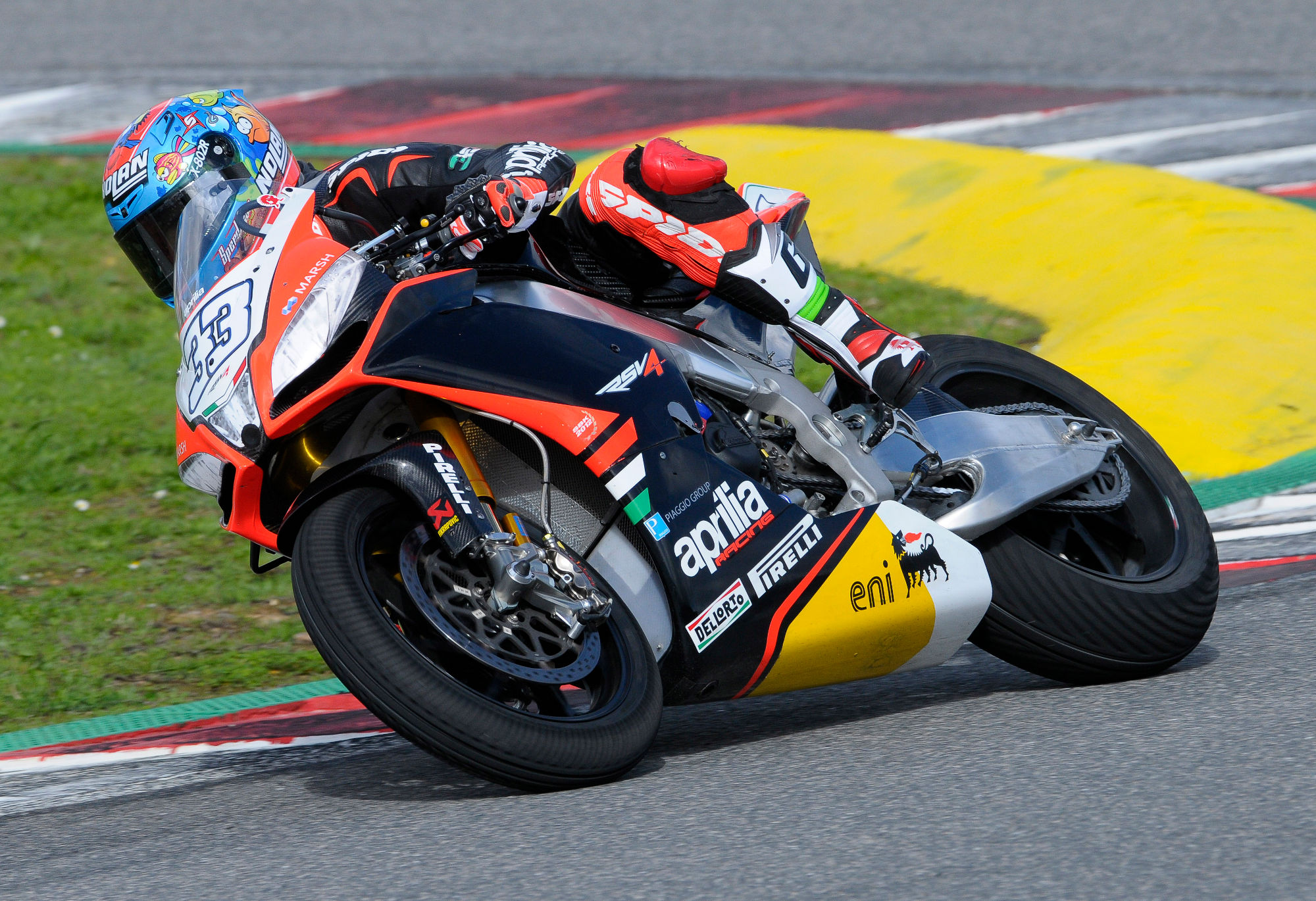 Sylvain Guintoli is back in the saddle after the long recovery from the injury to his right shoulder while in the meantime Marco Melandri has come into his own with his RSV4.

Jerez, 6 February 2014 – The weather certainly did not help the Aprilia Racing Superbike Team during the preseason tests. As happened at Portimao, once again at Jerez the damp track affected progress on making some final tweaks before leaving for Phillip Island. Only on the second day were the riders able to take a few laps on a track that was dry, although still not perfect in terms of grip.

In any case, the most important feedback wasn't expected to come from lap times. In fact, all eyes were on Sylvain Guintoli, back in the saddle after a long recovery from a double surgery on his right shoulder which was injured in mid 2013. The French rider hadn't ridden since the final race last season, right here at Jerez.
First impressions were encouraging. After a cautious start to re-familiarise himself with the bike and hone his reflexes, Sylvain came back to the pit with a smile on his face: the shoulder reacted well. It still needs some toning but all the groundwork is there to begin the season in the best possible conditions. Toward the end of the second day Sylvain fell victim to a low speed crash, but without any physical consequences. Guintoli put in 68 laps, the best of which in 1’42.605.

Sylvain Guintoli: “It's great to be back after such a long winter! Yesterday I rediscovered the RSV4 in the wet, whereas today it was nice to get out and take some laps in the dry. I found a good feeling straight away. It's a bit like riding a bike: it's hard to forget how. I'm quite pleased even if my shoulder is very tired now. I even crashed on my right side, so I suppose this can be considered a complete test! Let's keep our fingers crossed but there shouldn't be any big problems. Now I need to go back home and get ready for Phillip Island. I am very relieved now because before coming here I was very concerned. Actually, after almost four months without a bike I wasn't even sure I'd be able to ride, but now I know I'm ready for Australia.”

On the other side of the garage Marco Melandri has by now finished his “apprenticeship”. By now feeling confident with the RSV4, he did not have an opportunity to push to the limit but both Marco and his team took best advantage of these two days of testing anyway. The rider from Ravenna also fell victim to a crash on the damp track in the fastest turn of the twisting Spanish circuit. He took a bad spill at 200 kph, fortunately without serious physical consequences but which kept him from going on with the tests. Melandri took 44 laps in all with a best time of 1’42.308.

Marco Melandri: “We had two difficult days here again. The weather didn't help. Yesterday we tried a few things with the electronics in the wet and things were going well. Then I made a stupid mistake and crashed. Today we were able to lap on a dry track although there were still a lot of wet spots and it was quite windy. I think we're on the right path. Now all we can do is wait for Phillip Island and hope that we have two sunny days for the tests so we can fine tune the settings for the first race. I'm very confident and satisfied. We have definitely reached a good level.”

The next appearance is set for Phillip Island where the first round of the 2014 World Superbike Championship will be held. Riders and teams will be busy with the usual tests on the Monday and Tuesday prior to the race weekend.