MAXIMILIAN SCHEIB FIGHTS FOR VICTORY AND FINISHES FOURTH ON THE APRILIA RSV4 FW STK. SEVENTH PLACE FOR LUCA VITALI AT THE END OF THE RACE.

A great debut for the Aprilia Racing Team in the opening race of the Superstock 1000 season at the Motorland de Aragon circuit, with Maximilian Scheib fighting for victory up to the final lap.

Chilean rider Maximilian Scheib got off to a good start, in immediate pursuit of the leader, and set the pace for most of the race. During the penultimate lap, with victory in sight, he was slowed down by a technical problem, which is now being investigated, and finished fourth.

Luca Vitali maintained his starting position and fought the race among the pack. His rapport with his RSV4 FW-STK continued to improve as the race proceeded, and he cut his times lap after lap. He ended in seventh position after a fierce fight.

MAXIMILIAN SCHEIB
"We’re really happy because we’ve shown that we can fight to win. On every lap we focused on the race pace, and our times are proof that our efforts were very successful. I was behind the leader and attacked him at the head of the group for a number of laps. On the second to last lap, I had a problem we’ll have to look at with the telemetric data, so I fell behind and finished up fourth. The Aprilia Racing Team and I are glad we showed our competitiveness with our RSV4 FW-STK, and I really want to thank the team for their hard work."

LUCA VITALI
"It was quite a difficult race, and I thought and hoped I’d do better. We tested a new set-up we’ve been working on, which produced some results. I had problems on the acceleration which stopped me making the sixth place I could certainly have achieved, and probably I would have managed to fight for fifth. It wasn’t the result we were expecting, but we’ll already be preparing to do better at Assen. Thanks to the Aprilia Racing Team for everything they’re doing to enable me to ride my RSV4 FW-STK the way I want to." 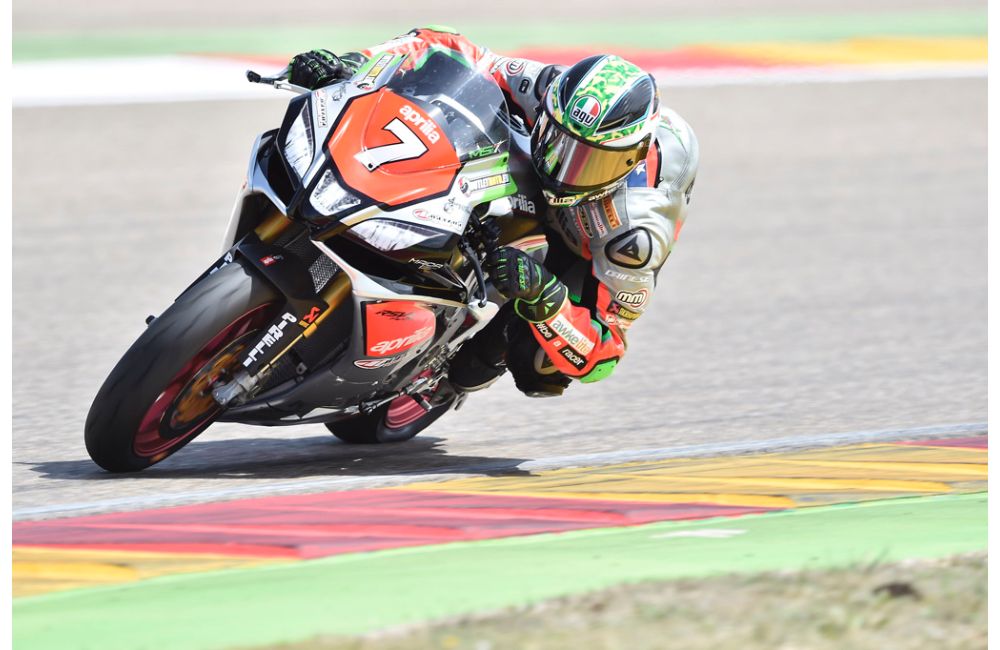