Milwaukee Aprilia riders Davide Giugliano and Lorenzo Savadori both scored points in Races 1 and 2 at Assen in a disappointing weekend for the team.

Mixed fortunes in Superpole saw Davide struggle to get out of Superpole 1 after reporting issues with his qualifying tyres, and he lined up P16. Lorenzo conversely enjoyed his best Superpole of 2018, securing a strong P4 only 0.6s from pole. He had looked good for a front row start earlier in the session until low rear grip cost him the chance to push for a faster time.

In Race 1 Davide made up a position on the start, moving past Jacobsen for P15. He was re-passed on Lap 5, and tailed Jacobsen for the race distance. He gained a position after Lorenzo's Turn 5 crash to go P15, and made up another two places on Lap 18. Davide held strong for the final laps, and came home P13 to score points for the third time in a row since riding for Milwaukee Aprilia. Lorenzo lost out at the start, slipping back to P9 on Lap 1 after a slow getaway from his grid slot. He was caught up in a fight with Baz and Razgatlioglu for position, with Mercado joining the action. Lorenzo held P10 up to Lap 12, when he took Mercado for P9. He then made a pass on Razgatlioglu stick to take P8 on Lap 13, but a crash on Lap 14 at Turn 5 ruined his progress. He was able to pick his bike up and restart, rejoining the race P16. He was still able to pass Hernandez on Lap 19 for P15, and finished in that position to take 1 consolation point.

For Race 2 Lorenzo and Davide lined up P11 and P16 respectively. Off the line Lorenzo struggled and dropped a place, and again found himself fighting with Baz and Razagatlioglu. Mercado's retirement promoted Lorenzo to P11, which he held to the middle of the race before passing both Baz and Razgatlioglu for P9. Lowes' crash from P6 then moved Lorenzo up to P8. In the final stages of the race he was hunting Melandri for P7, closing to within a second as he fended off chasing riders. A small mistake on the final lap cost him position however, and he crossed the line P10 with 6 points.

Davide had a eventful race on his way to finishing P11, his best result with the team since joining. His start was strong, taking Jacobsen, Ramos and Rinaldi on Lap 1 to take P13. Jacobsen attacked and retook P13 on Lap 4, with Mercado's retirement moving Davide up a position. Rinaldi came back too, passing Davide. A crash for Lowes in P6 on Lap 12 promoted the field again, with Davide overtaking Jacobsen for P12 on Lap 16. With three laps left he made a strong pass on Rinaldi to take P11, and brought home 5 valuable points as reward.

Lorenzo Savadori #32 : Race 1 P15 - 1 point / Race 2 P10 - 6 points
"Qualifying was positive and the second row P4 was a good result for us. I had some movement on the rear when we switched to the qualifying tyre, and I think without that I could have made the front row. I struggled a lot at the beginning of Race 1 with a full fuel tank. I lost out some places at the start which was not good, but I started to reduce the gap to the guys in front and was up to P8 later in the race. Then I made a mistake and had a crash at Turn 5, and we need to understand what caused the crash. I was able to pick the bike up, restart and finished P15 with 1 point, which was not what I hoped to get from P4 on the grid.

In Race 2 I struggled again with the fuel load. When I got the bike into a strong rhythm though my pace was good and I could chase the pack ahead of me. In the middle of the race I Iost a lot of grip on the front tyre and it started to get vibrations, and I could not push. I think P6 was possible today so it was a shame to not get that. We had some bad luck this weekend and some problems that we need to fix, and I want to thank SMR and Aprilia Racing for their hard work. I'm looking forward to the next race at Imola now and to working hard for better results.".

Davide Giugliano #34 : Race 1 P13 - 3 points / Race 2 P11 - 5 points
"In the Superpole I had a problem with the new tyre. It was really difficult to push on it and I didn’t feel comfortable with it. P17 was disappointing for sure and I really wanted to start higher up. In Race 1 I lost a lot of time in the first 6/7 laps. I was pushing the whole race, but I expected my pace to be better honestly. I made up some places in the final laps to take P13 and some points, but I knew we could do more. In Race 2 the start was really good, my pace was strong and I was able to keep up with and pass some of the guys in front. I lost some time in the middle when I lost a little bit of grip, but I was able to finish P11 with good points. It has been quite a positive weekend for me. I feel a lot better on the bike and I have a great relationship with the team. I’m looking forward to the next race at Imola and to see what we can do there for the Italian fans." 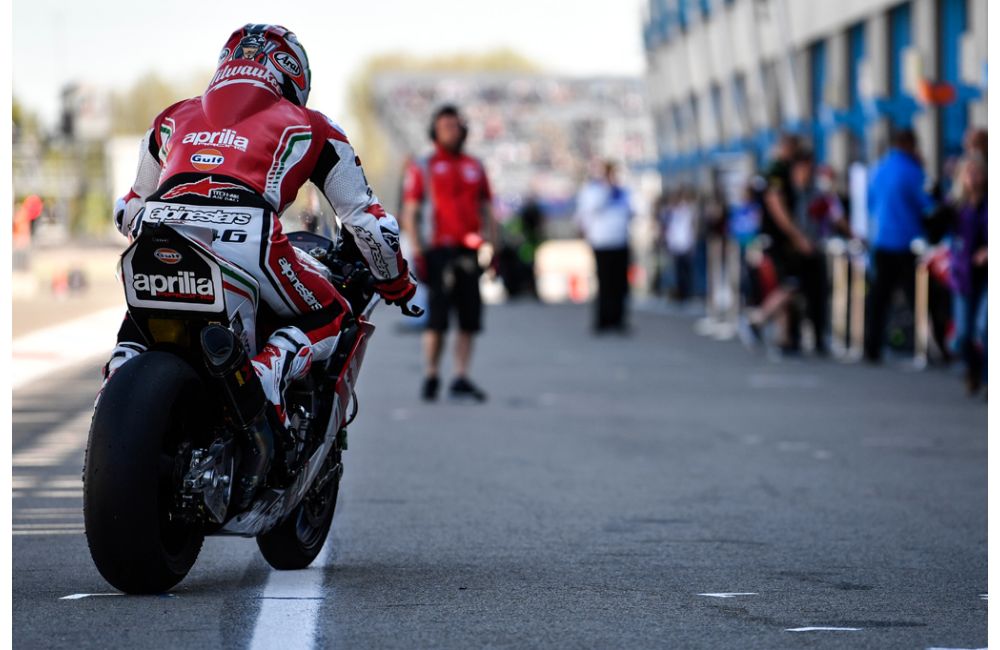