Milwaukee Aprilia scored a double points finish in Race 2 at Phillip Island, after a tough weekend at Round 1 of the series

Under new regulations for 2017 which saw a reverse grid for the first time in World Superbikes, riders Lorenzo Savadori and Eugene Laverty started 11th and 5th respectively. They were in the thick of the action from lights out, with both riders quickly progressing on the new Aprilia RSV4 RF.

After a crash on Saturday Lorenzo set out determined to progress in Race 2. He executed some good passes and quickly demonstrated a strong pace on his way to finishing 9th with 7 points.

From 5th place Eugene fought a thrilling battle with Alex Lowes and Xavi Fores for the lead. He rode hard but was unable to maintain his pace throughout and eventually came home in 10th with 6 points.

The results are not what the team hoped for coming to Phillip Island, but they have gained a wealth of invaluable data from Round 1 and will continue to progress and take steps toward the front of the grid for Round 2.

Round 2 of the 2017 WorldSBK season takes place at the Chang International Circuit in Buriram, Thailand from 10-12 March.

Team Manager Mick Shanley
It's been a difficult race weekend for us, there's no hiding that. We came here for a stronger finish than what we got, but with it being a new bike it's thrown up a few things that perhaps we weren't expecting.

We've got a lot of data and a plan on what we need to improve for Thailand. The guys in the team have worked incredibly hard all weekend, and we'll be working hard next week both at SMR and at Aprilia.

It wasn't an easy weekend but it's shown that when things are working we're capable of being at the front. We saw strong performances from Eugene and Lorenzo, reached the front and qualified higher than we have before. Expectation of the team is high and we want to be up there battling with the leaders.

Lorenzo Savadori #32
The bike felt pretty good in Race 2. After the crash in yesterday's race we looked at the setup again, and we found some useful things for today.

I lost a lot of time passing other riders from 11th, and it wasn't possible to catch the front group. Towards the end of the race the rhythm and pace were not so bad, and I am happy to get some points.

We know what the problems with the bike are, and we still need to improve the feeling and the rhythm in a race. Tyre wear is something to look at also, but I think we can have a better result in Thailand.

Eugene Laverty #50
It was a really tough race today. At the start we had some good pace and I was shaping up to take on Alex [Lowes], but my pace dropped off and I started to go backwards. I rode hard and I tried to hang on, but our race pace just wasn't enough.

The track hasn't really played to our strengths this week and that's shown, but I'm confident we can use this weekend to find some pace and improve.

We don't just want to take small steps forward; we want to take big chunks out of the guys at the front. At the moment the bike is some way from them, but the team know that and I know they'll work to fix it. 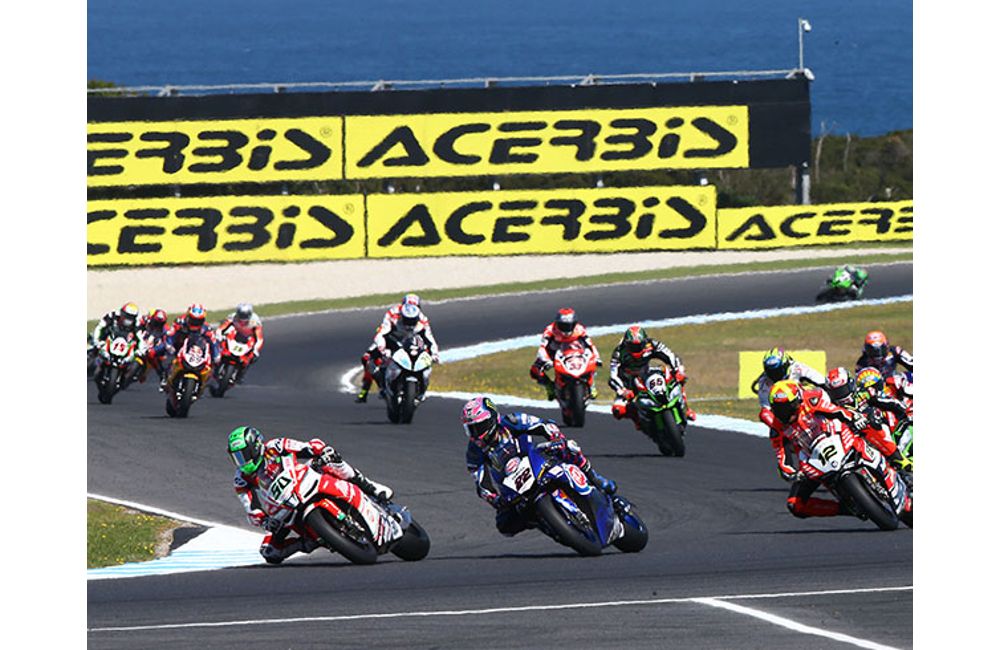