After a difficult Race 1 at Imola, Milwaukee Aprilia delivered an improved performance to score points with both riders in Race 2. The red flag was brought out on the first lap following a blown engine from Badovini's Kawasaki, which resulted in dangerous track conditions and forced a race restart.
Rider Eugene Laverty started from P10 on the grid, making a strong getaway and holding station confidently in P8. Closing down the Yamahas of Van der Mark and Lowes, he took his opportunity on lap 12 to force a pass on Van der Mark for P7 where he ultimately finished.
Capping off a trying weekend at Imola, Lorenzo Savadori started P12. His getaway was slow, but he settled into a consistent rhythm and gradually forced his way through into the points positions. Defending well from the De Rosa and Bradl, he managed to bring his bike home with another points finish in P13.
The team now head to the United Kingdom for Round 6 of the 2017 WorldSBK Championship and their home round at Donington Park, where they hope to deliver stronger results for the fans and make further steps forward.

Mick Shanley, Team Manager
We took a step forward with Eugene today, in that he was able to maintain his pace so well. Imola has never been great circuit for the Aprilia, but it was encouraging today to see that he could hold position in the points.
For Lorenzo it’s been a difficult weekend overall. He struggled to get a feeling for his bike on Friday, and he lost a lot of running time which hurt him. It’s positive that he managed to get points in both races, but we need to find him some more confidence to push the bike harder.
It’s clear that we need to find some strong pace. We’re a long way from where we need to be right now, behind the guys at the front. We’ve got a lot of work ahead of our home race at Donington Park; it would be nice for us to do well there, but we have to pinpoint where we can close the gap to the front.

Eugene Laverty #50 / Grid - 10th / Race - 7th - 9 points
Today was one of our best results of the year, but more importantly it was the first race where I was able to maintain pace and actually move forward at the end. We learnt so much, especially in regard to the weight distribution which we’ve struggled with.
It confirmed our thoughts over the last few rounds of the direction we need to take, and hopefully some of the ideas we have to try and Donington Park will move us forward.
I’m optimistic and excited to race at the home round in the UK, and I’d like to make that step further there in front of our fans..

Lorenzo Savadori #32 / Grid - 12th / Race 13th - 3 points
This weekend has been very difficult for me. Today my start was OK, but it was difficult for me to fight with the guys around me. The main problem today was stopping the bike and turning, which was a problem yesterday too. I am happy to get more points for the team in both races, but we know that we can be fighting for the higher positions.
We didn’t start this weekend in a very good direction, but we have a lot of data to analyse for the next race at Donington Park. I know for sure that the guys at SMR and Aprilia Racing are working really hard, and believe we can make progress for Round 6.a.

It was a mixed Race 1 for Milwaukee Aprilia at Imola, with Lorenzo Savadori scoring more points and Eugene Laverty retiring following a crash.
Saturday's Superpole sessions were promising for the team, Eugene qualifying an encouraging P6 after going straight to Superpole 2 from Free Practice. Lorenzo also made the SP2 cut after a strong lap in the first qualifying session, lining up 10th on the grid despite struggling with his bike so far this weekend.
Lorenzo suffered a slow start, dropping to 13th place initially. Although his pace was not fast it was consistent, and he held position for most of the race. With the bike coming back to him towards the end of the race, he forced a pass on the Kawasaki of De Angelis and brought the bike home in 12th.
Eugene had a good getaway and quickly took fifth place. Although he couldn't manage the pace of the top four he ran well in the middle of the field, enjoying battles with the Ducati of Fores and the MV Agusta of Camier. As his pace dropped Eugene fell towards the Yamahas of Van der Mark and Lowes, defending well against both until a late move from Lowes resulted in a contact of the bikes. Eugene's bike suffered a broken front brake line and he was unable to slow as he approached Turn 17, but managed to jump from his bike at high speed and avoided a collision with the wall. He visited the Medical Centre for precautionary checks but was deemed fit to race on Sunday.
The team now have a great deal of data to analyse in preparation for Race 2 on Sunday, where they will aim for more points and a strong result for both riders.

Mick Shanley, Team Manager
It was a really disappointing day for us obviously. We made some good steps this morning and qualified well with both riders, but the race was tough.
Eugene got away well in the race and was able to maintain his positon around 6th and 7th. There were a few electronics problems on his bike which allowed other guys to get past him, and then he sustained some damage after being struck by another rider. It caused his brake lines to rip out and Eugene lost all braking, so he had to jump off the bike. We have a lot of damage but fortunately Eugene is fine and fit for tomorrow, but there is a lot of work for the guys to do tonight.
We had a difficult day yesterday with Lorenzo, as he didn’t really gain much in practice. The team worked really hard last night on his bike to make him more comfortable today, and we made good steps. He made it to Superpole 2 again which was positive, and he held onto 12th into the race which gives us lots of useful data to help him improve in Race 2.

Eugene Laverty #50 / Grid - 6th / Race - crash
I was optimistic at the start because the bike was feeling good, but I started losing pace after about 7 lap and I was moving backwards. I tried hanging in, and just before the crash happened the bike started to feel good again.
We didn’t have much rear grip today. It was good at the start and then went away, but then it came back in the middle of the race which was strange. That’s something we need to look closely at, at times I felt I could really push but it was disappointing to see other guys coming past.
I’m OK after the crash and I thought it would hurt me more, but my gear did its job and I’m ready to get on the bike again tomorrow. It’s hard to know how tomorrow will go, obviously there are positives to take from today but we have to analyse where we’re struggling.

Lorenzo Savadori #32 / Grid - 10th / Race - 12th, 4 points
The weekend has been difficult for me so far. We still have some problems and have changed a lot of things on it since practice, because I didn’t learn very much on Friday. Today we made a good effort in Superpole 1 and I was happy to get into the second Superpole session.
The race was quite difficult because I struggled with the feeling on the bike. My pace was fairly consistent but not quick, but I'm glad I was able to hold my position and get some more points in P12.
For sure none of us are happy with the result today, but I know that the guys will all work really hard and I like this track a lot. Losing time on Friday really hurt us, but I think we can have a better race tomorrow and I feel positive. 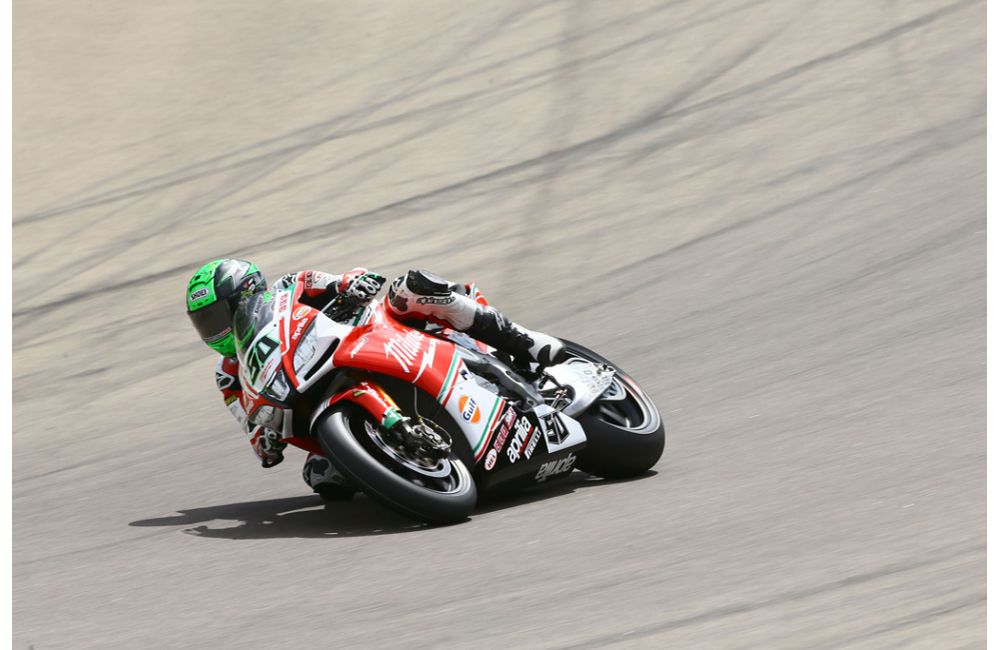 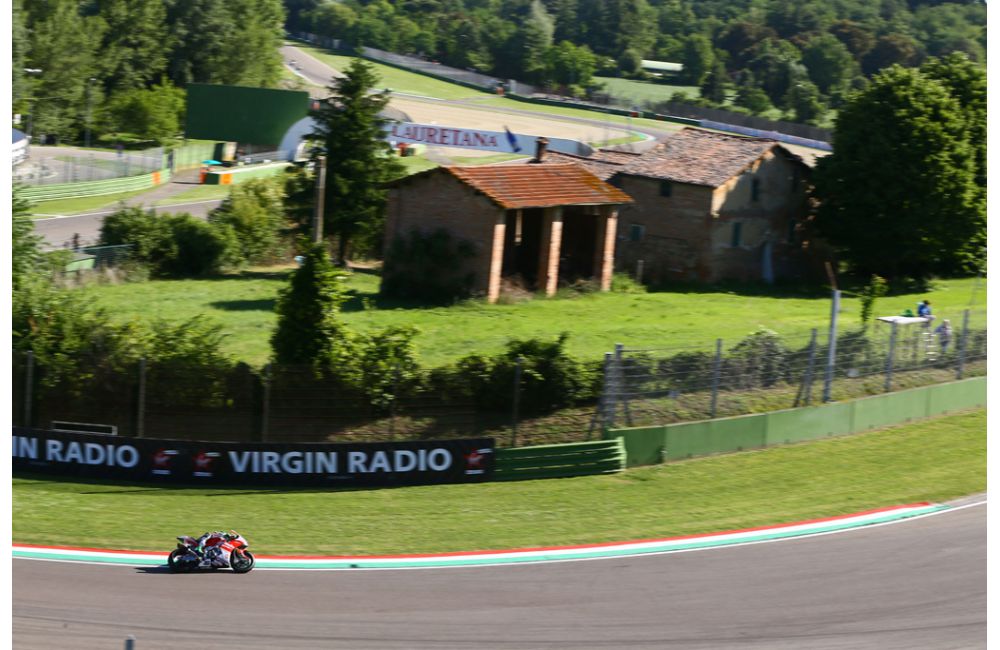 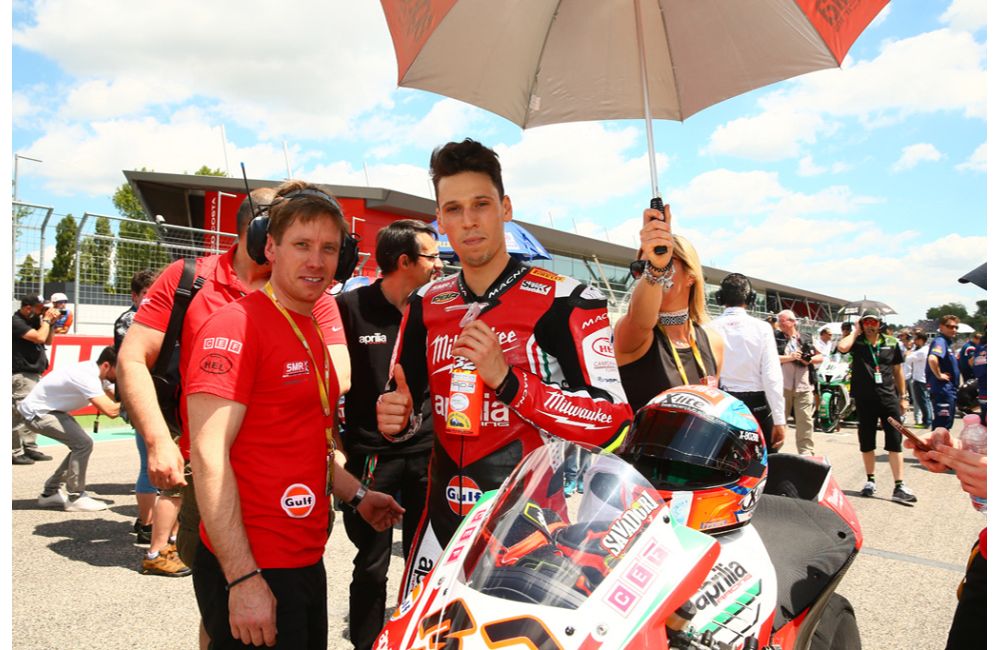