APRILIA FINISHES OUT THE 2015 SUPERBIKE SEASON WITH A DOUBLE WIN
JORDI TORRES TAKES HIS FIRST WIN IN RACE 1, LEON HASLAM AHEAD OF THE REST IN RACE 2

Well supported by his RSV4 RF, the Spanish rookie managed the first part of Race 1 well, maintaining his pace and paying particular attention to tyre wear. This was the choice of a veteran which bore fruit at the end of the race when Jordi caught up his rivals one by one until finding himself in the lead six laps from the end. It was the position he would hold onto until the chequered flag came out. In Race 2, on the other hand, Torres crashed just two laps from the end as he was battling for the podium.

Leon Haslam was the protagonist in Race 2, after having to settle for sixth place in Race 1. Getting off the line well from the second row, Leon stayed in the lead group with a blinding pace (the fast lap he put on the sheets was 1’58.068) moving back and forth between first and second place. After a long duel with Davies, Haslam took advantage of his RSV4 RF's better acceleration to overcome his countryman and win his second race of the season.

Leon Haslam finishes out the championship season in fourth place, followed by team mate Jordi Torres who was named best rookie of the season. Aprilia is third in the Manufacturer championship.

Leon Haslam: “We knew that the Aprilia would be fast here, even if my weekend didn't get off to the best of starts. We worked hard to get back on track but unfortunately in Race 1 I had some trouble braking that caused me to stress the system as well as my arm, which suffered in the second part of the race. The changes we made before Race 2 turned things completely around. The RSV4 was working great and it wasn't difficult to maintain a good pace. I kept on attacking down to the end when I pushed hard to finish my season the way it had begun. We've had our ups and downs this season but we never let up. This win is the just reward.”


Jordi Torres: “I am really happy about the win in Race 1. Not only because of the personal result, which is fantastic, but for my team. I have found a second family with Aprilia. The guys worked hard all season to help me grow and learn the many new lessons of this championship. I knew I had a good pace, but I was sure that my rivals would not give up. At the last turn I expected Rea to attack and I decided to brake hard, staying on the inside. Incredibly, he braked even harder, but I had a better line and that let me stay ahead of him. Winning after a duel with the great names in the championship is something that I had always hoped for. It's a shame about Race 2. I didn't have the same feeling with the front and, pushing hard to stay in the lead group, I crashed.” 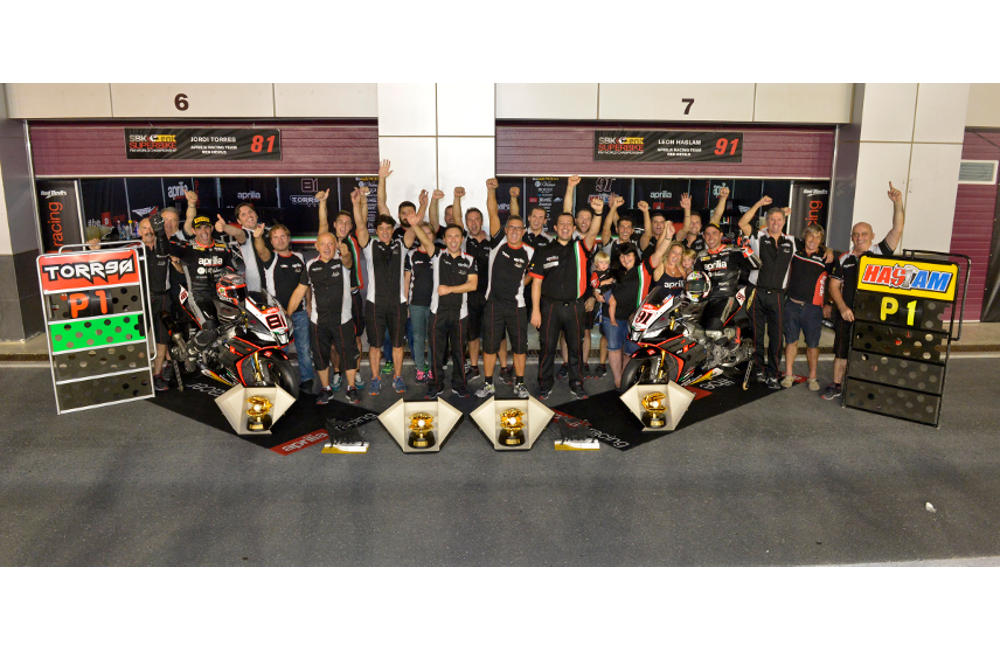 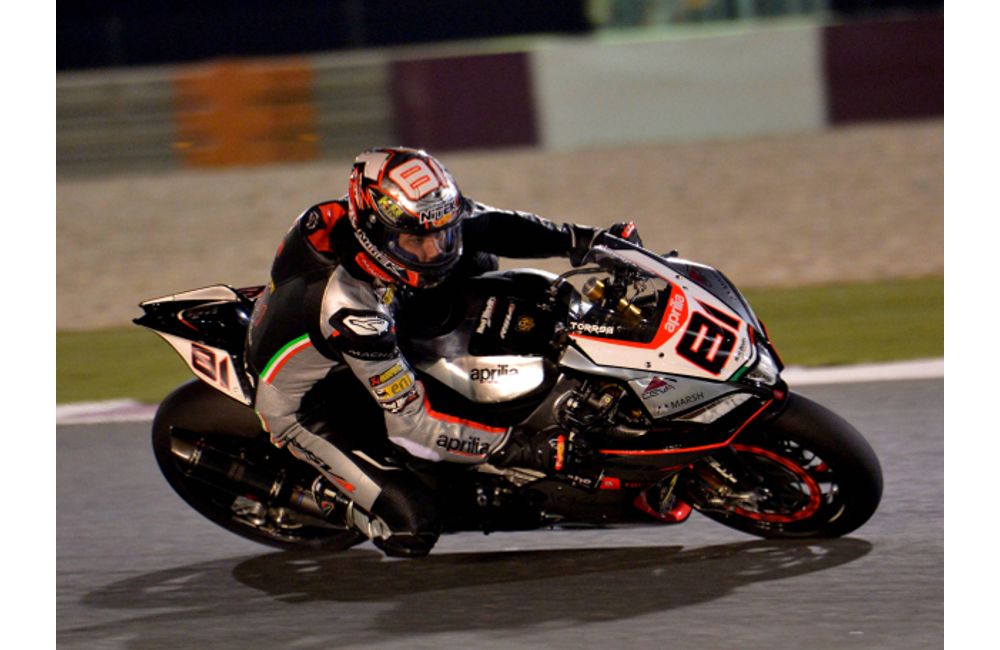