Doha (Qatar), 16 October 2015 – The artificial lighting at the Losail International Circuit illuminated a great performance by Jordi Torres, fast straight away on his RSV4 RF in the two practice sessions today, the prelude to the WSBK races on Sunday. The Spanish rookie dominated FP1, placing more than half a second between himself and his closest rival. In the second session Jordi worked on tyre duration and the search for a better feeling, especially on a couple sections of the track where he feels that he can improve further. The stopwatch confirmed the good sensations that the Aprilia Racing Team – Red Devils rider has, second in the combined standings and very effective in terms of race pace.

A less than perfect start in FP1 conditioned Leon Haslam's first day. In the second session, on the other hand, the rider from Derby improved consistently, shaving more than a second off his time by the end of the day. His sixth place in the combined standings, together with the wide margin of potential for improvement, makes Leon optimistic for the practice and Superpole sessions tomorrow.

Jordi Torres: “This is a track where I have raced before, although the speed with the Superbikes is different. It definitely adapts well to my riding style and the characteristics of the RSV4, which is always extremely fast. Since it's such a wide track I don't have to push hard even in the narrow turns, which are usually a bit of a struggle for me. I'm not singing victory because I know that tomorrow the others will be pushing harder so I'll have to give it my all to keep improving. Finishing the season well is fundamental. It would also be a nice gift for my team which has always done a fantastic job.”


Leon Haslam: “To be honest it was a rather difficult first day. In the first session we struggled more than we had expected to, even trying different tyre solutions and settings. In FP2 there was a clear improvement in terms of pace, although there is still plenty of room to get better. We'll work hard tonight and hopefully improve more tomorrow.” 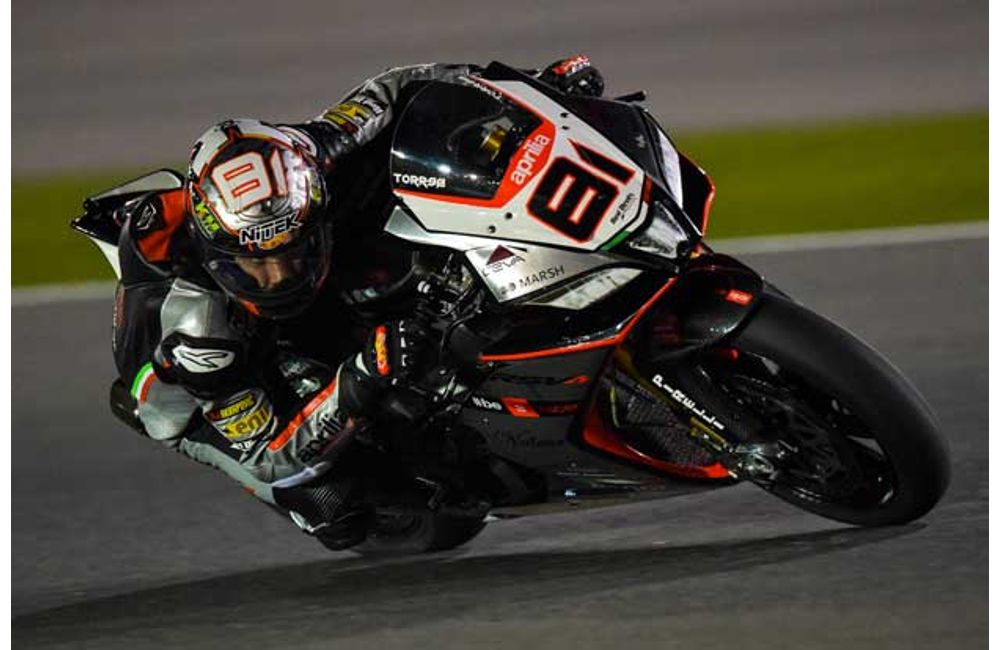