After finding the right race setup, Aleix Espargaró took a nice ninth place in the GP of Australia. The new materials brought to Phillip Island, also in view of the evolution for 2019, required extensive testing in order to find the right settings, but the warm up session, where Aleix was one of the fastest on used tyres, already provided promising signs for the race.

The starting position penalised Espargaró greatly, forcing him to ride the race coming back from behind with very interesting times, managing to claw his way up to eighth place, a position he lost on the final lap. The Spanish rider also had to deal with pain in his left hand, struck during the sixth lap by debris from the accident between Márquez and Zarco.

Scott Redding did well, also aided by a few crashes, skilfully coming back from the 22nd spot on the starting grid to a thirteenth place finish to earn 3 championship points.

"On the straight, I was in the slipstream of a lot of riders and at a certain point, a piece of Marc's bike struck my left hand. I began to feel pain, but fortunately in MotoGP we only use the clutch for the start, so I was able to finish the race. We'll assess the situation in view of Malaysia. After a less-than-easy weekend, in warm up we made a big step forward and in the race I was able to ride very incisively. This is demonstrated by the fact that we lapped faster than in qualifying, but unfortunately on the final laps, the soft rear tyre began to suffer and I was unable to hold onto eighth place. In any case, the result is good, considering the hard work done this weekend with two different bikes."

"I am happy with the way the race went. To be honest, I didn't expect it. Even in warm up, I didn't have any particularly good feeling. Apparently, staying in the slipstream of the other riders helped me warm up the front tyre better. Maybe in terms of pace I could have done a bit better too, but when I found myself leading the group, I began to have some difficulties. In any case, I battled, overtaking Nakagami on the final lap and bringing home important points. A few crashes helped, but we did a good job anyway turning a complicated situation around." 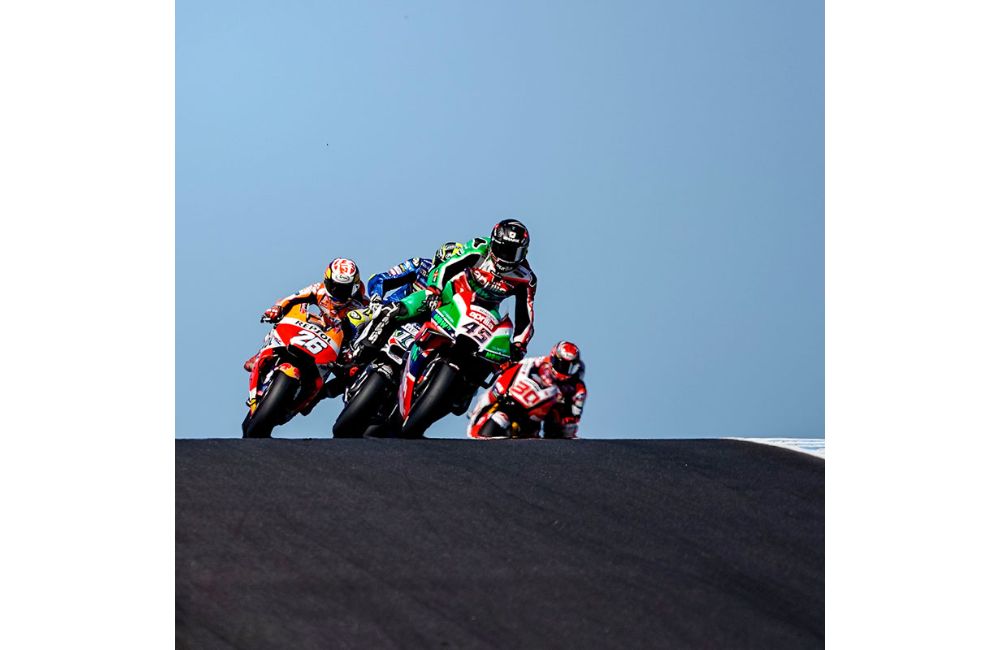