WITH A STELLAR RACE, ALEIX RIDES HIS APRILIA RS-GP TO THE BEST RESULT OF THE SEASON

With an outstanding race and well supported by his Aprilia, Aleix Espargaró took home an excellent sixth place in Aragón and, although managing his position for the final three laps, he finished nine seconds behind winner Márquez.

Starting from the fifth row, Aleix completed a true masterpiece on the first lap where he moved into sixth place, a position on which he even improved, battling with Pedrosa and moving into fifth on the following lap. He stayed with the leading group for half the race and then, settling into sixth, he maintained the position for the remaining laps, lapping fast and extremely consistently, keeping his following rivals at a distance.

This resulted in Aleix earning an outstanding sixth place which is his best performance of the season, equalling the best result of Aprilia's young history in MotoGP.

Scott Redding finished a bit farther back in sixteenth place. Complaining of problems with grip in braking, he finished just outside the points zone.

"The first 5 laps were the key to the race. After an excellent start, I managed to be very fast, staying with Pedrosa and maintaining contact with the lead group. I pushed straight away because I knew that I would have to manage tyre wear in the final stages. This is an important result for everyone. I am working harder than ever, trying to keep motivation high. The team and the guys at Aprilia in Noale are working non-stop, but it is not an easy process. We can't be under any illusions after a good result, because Aragón is perhaps the track where I have always felt my best, but it is definitely a confidence booster. I changed my working method with Pietro, both in terms of setup and how I manage the weekend, focusing efforts on the race and revolutionising the geometry of the RS-GP. We are still not satisfied. We need to be fast always and easily, so we need to keep putting forth our best efforts."

"From a riding point of view, I gave 100%, minimising mistakes compared to the Misano race. I managed to stop the bike a bit better and I didn't give in to the frustration, trying to keep things smooth. The fundamental problem was the lack of grip at the rear and the difference between me and the other riders was truly clear. All I could do was wait for the pace to drop in order to recover ground, but without really being able to attack. The limitation of grip to the rear is something we need to solve. Today the bike was braking right and it was turning, but I was never able to count on a good feeling with the rear tyre." 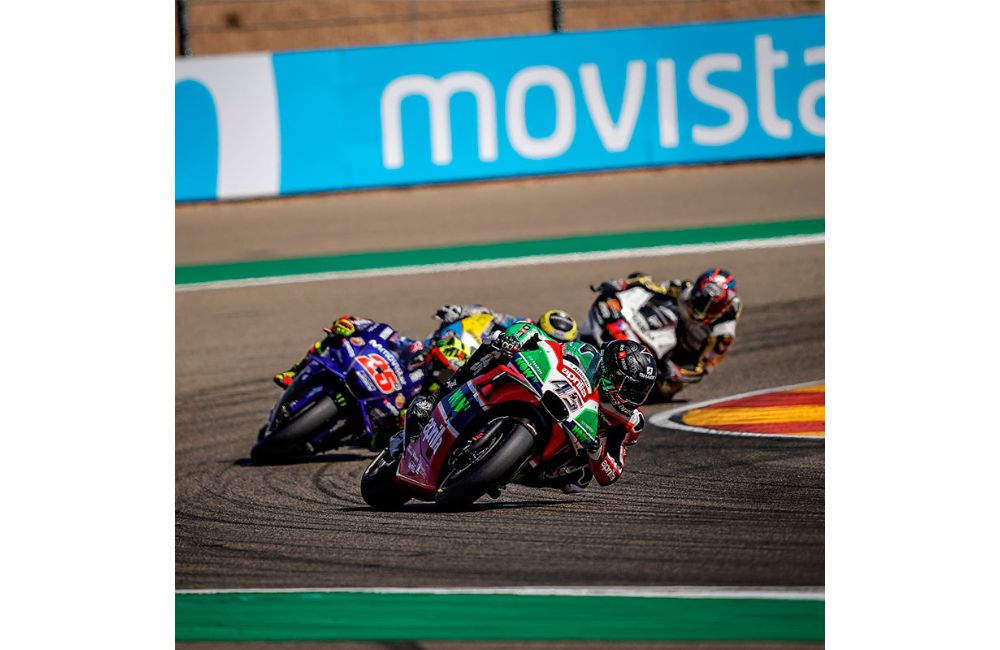