ALBESIANO: "WE WILL IMPROVE FURTHER"

The day of MotoGP tests at Barcelona confirms that the Aprilia RS-GP is fast and competitive in extremely different locations and conditions. It no longer comes as a surprise. The level the Italian project has reached is quite clear, despite the fact that there has been no consecration in terms of results since the Qatar race (with Espargaró sixth across the line), although such confirmation has been more than earned at this point.

Today the Aprilia Racing Team Gresini worked on various fronts in the garage, from new electronic management logic to different front suspension configurations. Aleix Espargaró also completed a partial race simulation, confirming an extremely interesting pace and excellent performance for the bike on used tyres. On the 21st of the 48 total laps he turned, Aleix stopped the clock at 1'45.046, the fifth best time of the day.

There was also plenty of work for Sam Lowes who shaved more than a second off his best time from yesterday. The English rookie put a time of 1'46.389 on the boards during the 41st lap out of a total of 43 done.

ROMANO ALBESIANO - APRILIA RACING MANAGER
"This was definitely a good test. We took another step forward in terms of chassis setup and electronics. From this point of view, we improved brake engine operation and what is defined as RTD (rider torque demand), in other words, the diagram that manages the engine's reaction to the rider's demand. Overall, the RS-GP proved to be competitive on practically every circuit and we still have room to improve, especially in the first part of the race with a full tank. Aleix did a partial race simulation with some very interesting times and he found new benefits from the things we tested today. Sam also showed good progress. A few issues have hindered him recently and I am the first to be disappointed, but I am sure that his growth trend will continue." 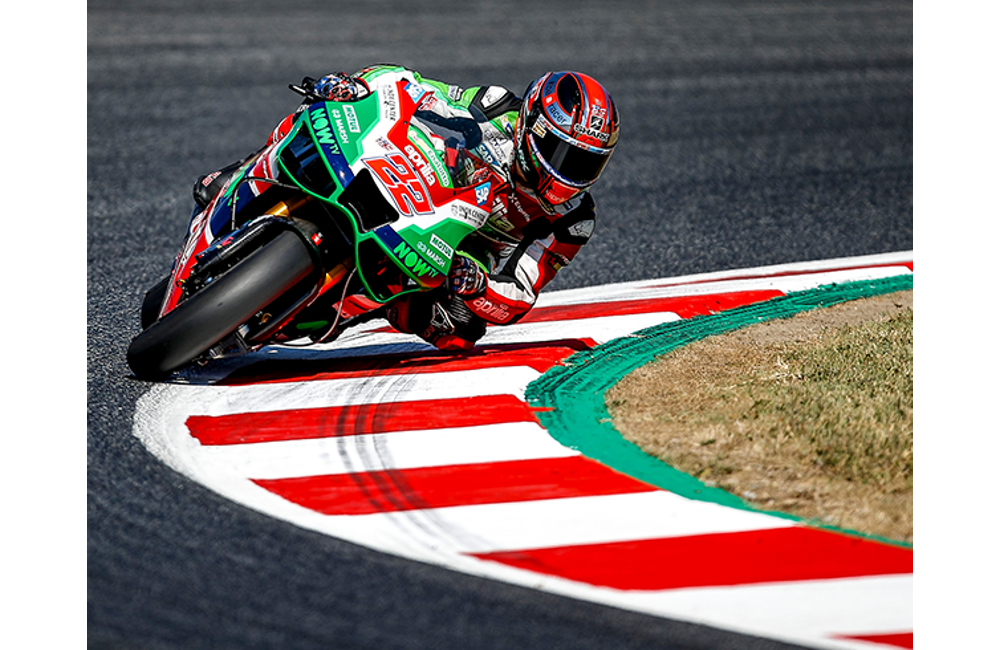