BAUTISTA ONCE AGAIN RIDES HIS APRILIA RS-GP TO A TOP TEN FINISH; BRADL STOPPED BY A CRASH IN WARM-UP.

ALBESIANO: "GREAT JOB FROM ALVARO AND THE TEAM, TOP-10 IS ALWAYS OUR GOAL."

At the end of a race complicated by weather conditions, but managed skilfully, and perfectly assisted by his team, Alvaro Bautista rode his number 19 Aprilia RS-GP once again to a top ten finish, leaving the German GP with tenth place.

The race started in very wet track conditions, although it had just stopped raining. After a good start and an authoritative comeback on the group, Bautista settled solidly into the positions battling for the top ten after starting from the eighteenth spot on the grid. The gradually drying track forced all the riders to change bikes. Alvaro jumped onto the RS-GP with intermediate tyres nine laps from the end, after moving up as far as seventh place. Back on the track, he joined the group battling for sixth place that also included Pedrosa, Miller, Rossi and Barbera. A drop in performance by the intermediate tyres three laps from the end convinced him to “settle” for the position he was currently occupying.

The Aprilia Racing Team Gresini only had one bike on the starting grid at the Sachsenring because Stefan Bradl, who suffered a crash in the rainy morning warm-up, was not cleared to race as a precaution. Stefan crashed on turn seven and, after being checked out by the Mobile Clinic, he was taken to Chemnitz hospital for further tests. Nothing was fractured, but a concussion forced him to sit out for his home race. Stefan was released from the Chemnitz hospital and now he will have a few days of rest at home. His presence is obviously uncertain at the tests scheduled in Austria on the Red Bull Ring on Tuesday and Wednesday.

ALVARO BAUTISTA
“A complicated race. We started in the wet, but it wasn't raining, so the track was gradually drying out. I had a good start and, in those conditions, I managed to overtake several riders until moving up to eighth place. At a certain point, when the track was improving, the rain tyre performance began to drop, especially the front. I also tried to change my lines a bit, but I had no choice but to stop to change bikes. With the intermediates, the feeling was not perfect. We had done very little testing with them and both in terms of chassis and electronics I did not have an optimum setup for this type of tyre. In the race, though, on such treacherous asphalt, it is definitely not the best time to try to find the limit. The tenth place finish is in line with our goals. These are important points but more importantly, today we battled with very high-level rivals. There are still a few regrets, because if we had stayed in wet conditions we would have been able to do better, but the end result is decidedly positive”.

ROMANO ALBESIANO - APRILIA RACING MANAGER
“A race complicated by weather conditions that we managed very well, finishing in the top ten once again, which is always our goal, and where we were also battling with absolutely top shelf riders. Alvaro did very well in all the asphalt conditions and the team worked well. We could have done even better if Stefan had been in the race too because we could have used different strategies for the two riders. It would have been nice to see him in his home race, making a play for everything he could since he had shown very interesting signs during practice. I wish him all the best to recover soon”.

FAUSTO GRESINI - TEAM MANAGER
“We rode a brilliant race, including our strategy choices. Today we got very close to the group of riders who had always been far out of reach for us until now. Alvaro backed off only at the end because the tyres kept him from pushing all the way and he preferred to bring home this nice result. We did our very best and we are quite happy”. 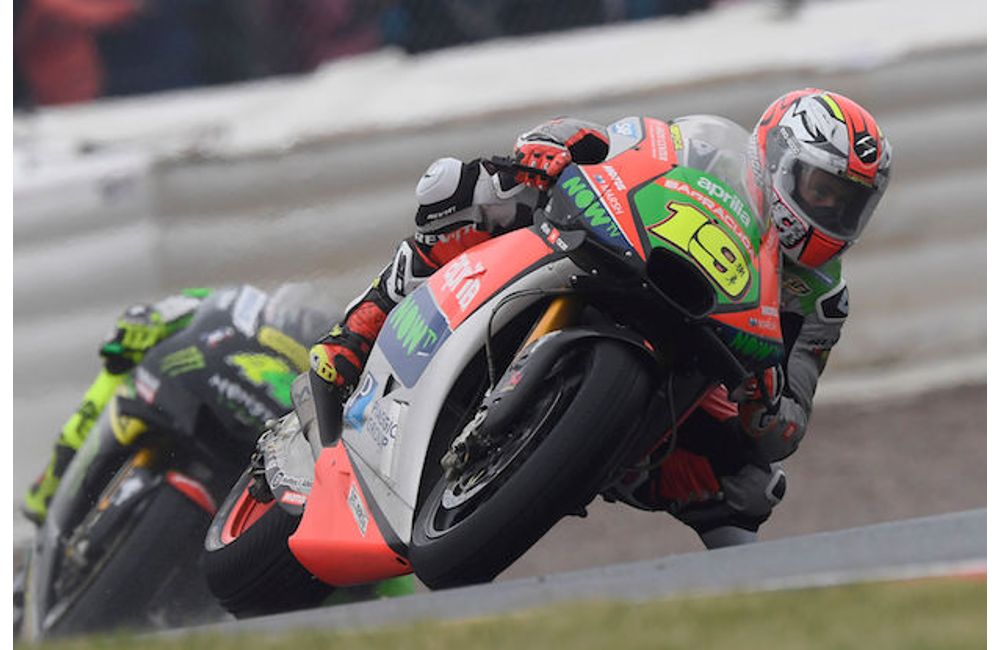 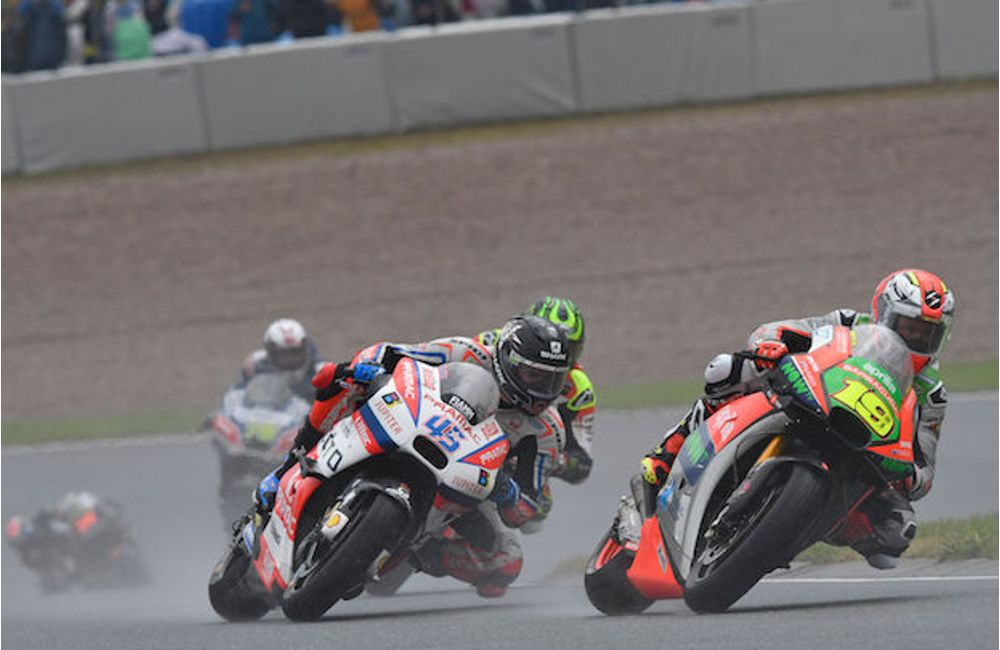