Sepang (Malaysia), 24 October 2015 - Stefan Bradl is back at the same levels as the Japanese weekend (when he missed out on qualifying for Q2 by just a few thousandths of a second) and in the Sepang qualifiers he once again rode his Aprilia to the fifth row. In fact, he finished with the fourth best time in Q1 (2’01,346) which earns him the fourteenth spot on the starting grid. The Aprilia Racing Team Gresini German rider also has a good race pace which makes him confident that in the race he will be able to confirm the progress shown in practice and qualifying.

The Sepang Saturday was positive for Alvaro Bautista as well as he qualified just behind his team mate - seventh place in Q1 for him with 2’01,727 and therefore the seventeenth spot on the grid - but he demonstrated significant progress in terms of race pace compared to yesterday.

“We are rather satisfied. Our performance has improved a lot and in a stable way. We have good race pace both with Bautista, who improved significantly from yesterday, and with Bradl. In particular Stefan has confirmed the good level he has reached in qualifying after the hiccough at Phillip Island. Now I hope that he can finally confirm his performance in the race. Judging from the way he was lapping on used tyres I'd say that his chances are good. Tomorrow morning we still need to try some changes to improve grip, especially with Alvaro.”

“These were good qualifiers. We are confirming the improvements made in the last two races which brought us very close to the group and that means that we are working well. Stefan has always done well in qualifying and here he proved that once again, getting close to the group of ten and also demonstrating a good race pace. Alvaro also has a good pace and he has made clear improvements from yesterday. A good start will be important tomorrow and then the race, as is always the case here, will be very difficult - an excellent test bench for the riders and bikes alike.”

“On my flying lap I'm struggling because of a lack of grip but we are definitely doing better on pace. In the free practice this morning we improved our race pace by more than half a second. Then in FP4 we tested a few things but without any great improvements. The race will be difficult here, even physically, and we need to be focused to manage the power and the tyres. As always our goal is to finish in the points. I'll need to get off the line well at the start and manage the race well.”

“I'm very happy with the qualifiers. At the end of Q1 I was able to put in a really good lap. It was a shame that I made just a small mistake in the last turn, but we are pleased with the result anyway. The bike's performance has also improved in terms of race pace and tomorrow during warm up we are confident that we can take another step forward. In fact, we already have a few ideas that we'll try in order to improve grip at the rear even more going into turns. I'm very confident for the race tomorrow. We feel like we are ready.” 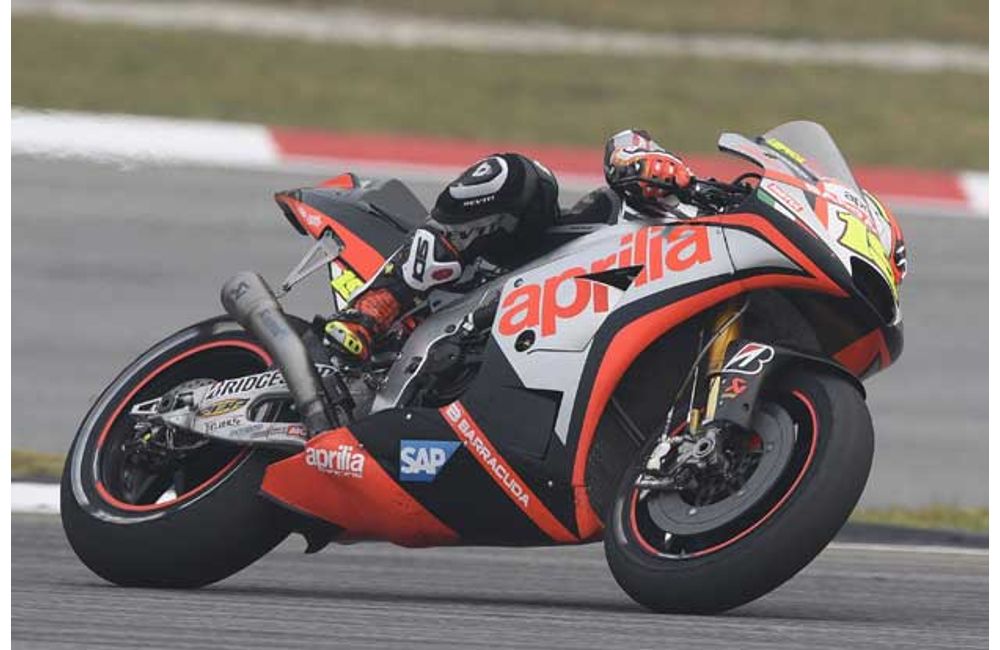