MOTOGP RESUMES WITH THE INDIANAPOLIS ROUND

Indianapolis (USA), 4 August 2015 - After the three week summer break the MotoGP engines roar to life for the Indianapolis GP. But even during the holidays there were changes afoot: German rider Stefan Bradl will make his début on the Aprilia RS-GP for the American round. Bradl will then continue throughout the season on the Aprilia Racing Team Gresini alongside Alvaro Bautista.

At exactly the midway point of the season Bradl's contribution could be decisive in continuing the project development process which is Aprilia's primary goal in this rookie year of MotoGP. This is a progressive job that Bautista has been carrying out perfectly from the start of the championship, managing to consistently battle for points and, with the tenth place finish at Barcelona, bringing home a very encouraging result for the entire team's work.

“Stefan is a young rider with a lot of important experience and he's fast, having won the Moto2 world championship title and taking home some good placements in MotoGP in recent years. We are expecting an important contribution from him in developing the RS-GP, working alongside Alvaro Bautista who has done a truly excellent job thus far. I would like to thank Michael Laverty for his efforts and professionalism during the German GP.”

“After a three week break we are anxious to get back onto the track. Up to now we have been able to do a lot of work on the RS-GP and with Bautista we have also brought home a few satisfying results, like the tenth place finish in Barcelona and the other five finishes in the points. Now we are ready to get back to work with even more enthusiasm. We are sure that with the arrival of a fast and expert rider like Stefan Bradl alongside Alvaro our progress on the technical front will move along even quicker.”

“During the summer break unfortunately I didn't have much time to relax. I would have liked to have spent some time on the beach, but it just wasn't to be. In fact, after the Sachsenring race, my right forearm which had been operated on for compartment syndrome swelled up so I had to do physical therapy and undergo various medical checks. In any case, I'll be going to Indianapolis very focused and intent on picking up on the development work carried out in the first half of the championship: Indianapolis is a very particular track since it was made to be raced on in the opposite direction, but we want to continue gathering important data here as well in order to define next year's bike. I'd also like to welcome Bradl to the team: being able to count on a competitive team mate is definitely positive and I hope that together we'll be able to move forward more quickly on developing the RS-GP.”

“I can't wait to get to Indianapolis and start this new, great adventure. It obviously won't be easy at the beginning. I'll need to get used to a new team and a new bike, so my main goal in this first Grand Prix is to begin getting to know my mechanics and familiarising myself with the way the bike performs. As for my injured right wrist, the situation is good: I am very pleased because my hand is no longer giving me problems and lately I have been able to do the same training programme that I did before my injury. During the summer break the healing process went well and on Monday the doctors gave me the all-clear to race at Indy. Recently I have also been Motocross training to check my sensations on a bike. I still don't know how I'll feel astride a MotoGP bike, but I think that by the time I arrive at Indianapolis I'll already be close to 100% fitness.” 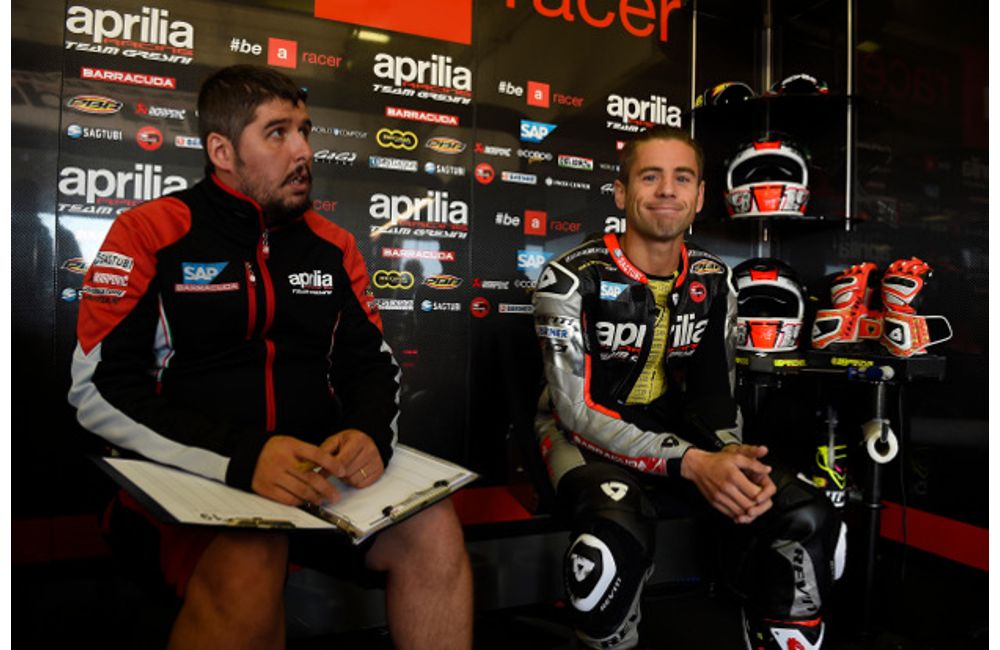