QUALIFIERS AT THE SACHSENRING: SIXTH ROW FOR BRADL AT HIS HOME RACE, BAUTISTA TO START FROM THE SEVENTH ROW

A sunny Saturday finally allowed Stefan Bradl and Alvaro Bautista to work consistently on developing the Aprilia RS-GP machines both for the qualifiers and, above all, for the race tomorrow, when probable tyre deterioration will demand careful management of race pace.

In particular, in FP3 both of the Aprilia Racing Team Gresini standard bearers made a clear improvement in terms of performance compared with the Friday sessions. In today's practices a new swingarm also made its first appearance on the Aprilias. Its effectiveness will now be assessed by the riders and the respective teams to decide whether or not to use it in the race.

In the Q1 session, Stefan Bradl finished in seventh place with a time of 1’22.493, a performance that earns him spot number seventeen, on the sixth row of the starting grid. Bautista, after demonstrating excellent potential in the first two sectors of the winding German circuit, several times matching some of the best partial times on the sheets, continued losing ground in the final section (T4), finishing in ninth place (nineteenth overall at 1’22.670), which places him on the seventh row of the grid tomorrow.

ALVARO BAUTISTA
“Today we did some good work on the bike, improving the general feeling, but we were unable to find more stability in T4, particularly coming out of turn 11 that comes before the downhill, and that is where I'm losing the advantage I've gained in the first sectors. This penalised me on the flying lap, but tomorrow it will be important to maintain a good pace. In the race it will be different. It will be hard having to start from behind. I'll have to get off the grid fast and do well in the first laps, but I am confident in the pace that I can maintain and I am sure that we'll be able to improve this position".

STEFAN BRADL
“We struggled a bit today because the bike we decided to use was slightly different than the one I rode yesterday in terms of electronics. Lining it up with our standard cost us some time, but fortunately in FP4 we were able to improve the traction, which is the area where we need to improve on this track right now. In qualifying I was able to push and I think the seventeenth spot on the grid is acceptable, although I obviously hoped to do better. I hope the weather doesn't play any tricks on us tomorrow, even if the forecast is not particularly positive. The Sachsenring is a rather difficult track when the conditions are not perfect”. 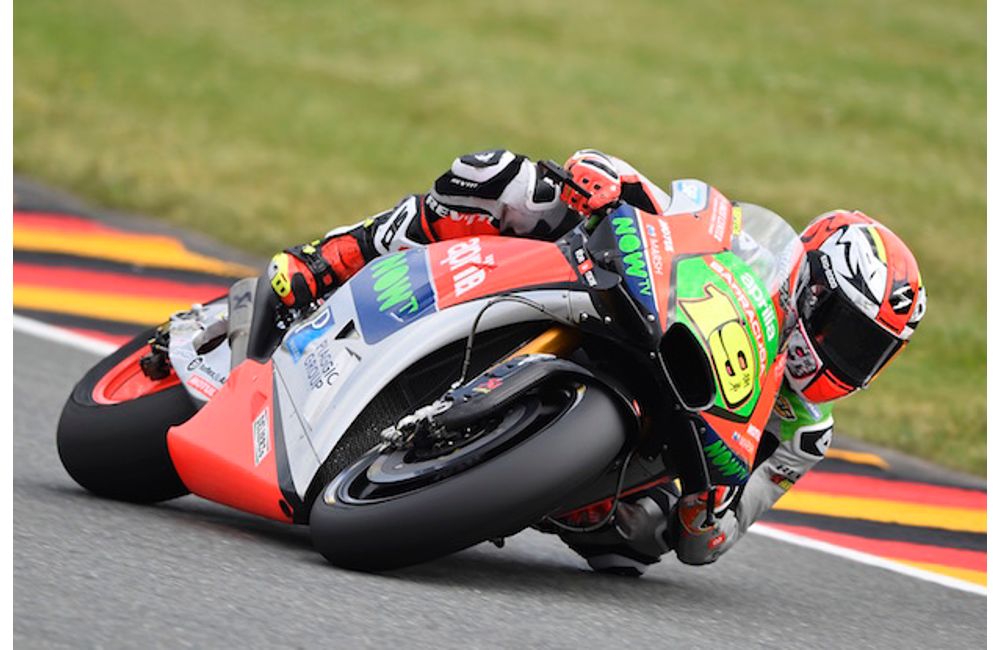