LEON: “EXTRAORDINARY BIKES, HARD TO CONVINCE ME NOT TO TAKE THEM OUT FOR A RIDE”

JORDI: “I'M ASTONISHED AT THE LEVEL OF THE V4-MP MULTIMEDIA PLATFORM”

Misano Adriatico, 15 April 2015 - Special guest testimonials are at Misano Adriatico for the V4 Days where Aprilia is introducing the brand new RSV4 RF and RR and the Tuono 1100 Factory e RR to the international press and customers.

Leon Haslam and Jordi Torres, Aprilia standard bearers in the World Superbike championship, made a stop at the Misano World Circuit to christen the brand new V4 street bikes from Noale. The British rider and his Spanish colleague found themselves in the spotlight for a technical briefing before the participating journalists got onto the track.

Leon Haslam: "I couldn't pass up the chance to come to Misano to introduce the new street version of my RSV4 and I really had to struggle to resist getting on and taking it for a ride! The level that these bikes have reached is extraordinary. A customer with the Aprilia RSV4 can take advantage of a chassis, electronic controls and top shelf performance which are very close to an authentic Superbike.”

Jordi Torres was also positive: “Today I had fun being a “teacher” for the journalists, explaining the characteristics of the Misano track and seeing the street version of the RSV4 RF in action I was surprised at the unmistakeable sound of the V4. I'm also amazed by the hypernaked of this bike, the Tuono 1100: now the problem is that I want a Tuono for myself to ride on the street!”

The two World Superbike riders also had positive things to say about the fantastic new technology that Aprilia has launched, the Aprilia V4-MP multimedia platform which transforms the customer's smartphone into an exceptionally capable informative instrument. "Because of my age I was basically born with the smartphone - said Jordi - but Aprilia has developed something truly different than any other app in the motorcycle world. This application is really close to the professional instruments that we riders use." For Leon the V4-MP was also a pleasant surprise: "You open it and you are immediately localised in the Misano garages, but that is normal in this day and age" said the British rider. "What makes the difference is that the smartphone dialogues with the bike's control unit and the possibility of setting, turn by turn - on any circuit - the traction control and anti-wheeling sensitivity, to then analyse your performance at the end of the session and try to improve to find the best lap. 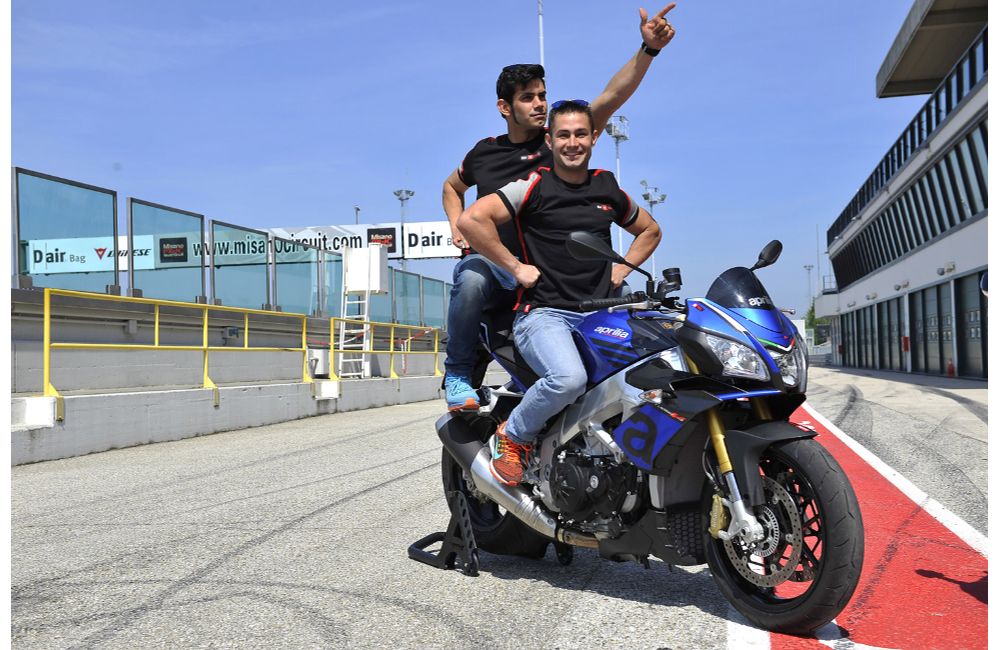