A NEW CONCEPT IN SPORT BIKES

A new concept in sport bikes for a more exhilarating ride every day of the week. Aprilia RS 660 combines design and premium engine technical mastery with the outstanding performance of the new parallel twin-cylinder 660 cc of up to 100 HP. With a stylish frame and weighing in at a mere 169 kg and with a refined frame, this is a bike true to the Aprilia tradition.

Its style is innovative, sophisticated and uncompromisingly sporty, with a modern, dynamic shape and contained surfaces that ensure the chassis is seen in all its glory. The embodiment of Aprilia passion and expertise, the RS 660 is a bike destined to make its mark. 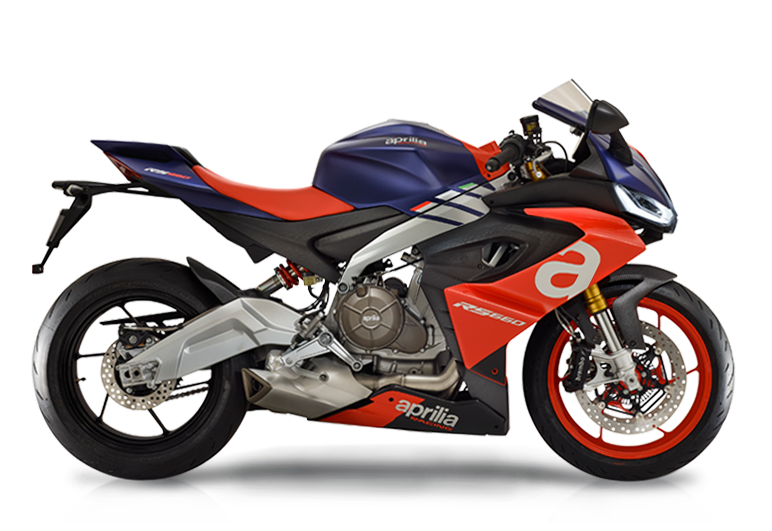 To date, apart from Aprilia's technicians and testers, only two other people have had the opportunity to test the RS 660 - journalists from the Italian magazine Motociclismo and the German magazine Motorrad...

To date, apart from Aprilia's technicians and testers, only two other people have had the opportunity to test the RS 660 - journalists from the Italian magazine Motociclismo and the German magazine Motorrad.

Federico Aliverti from Motociclismo and Uxe Seitz from Motorrad each rode an RS 660 at the end of July. The bikes they tested were pre-production models with electronics that were still awaiting final completion, but each rider’s experience delivered crystal clear indications about the nature of Aprilia's new middleweight twin-cylinder sports bike.

Even during these initial tests, it was immediately clear that two of the RS 660’s character traits were certainly fully formed. The RS 660’s engine and its character immediately impressed both riders. "This engine is fantastic,” wrote Federico of Motociclismo. “It's sweet at low revs, with a strong midrange and a wickedness at high rpm that makes you question if it really is 100 hp and not more. The sweet power delivery from 1,800 rpm propels you out of hairpin bends without any hesitancy. The midrange pull becomes obvious from 4,000 rpm and lends the engine loads of flexibility, to the point many roads can be enjoyed comfortably using just third gear. Then at 8,000 rpm there’s a marvelous change of tone that accompanies you like a battle cry up to 11,200 rpm, while you shoot into one gear after another at the speed of light thanks to an excellent quick shifter."

During a stop on the test route in the mountains above Aprilia’s Venice home, both testers praised the engine before anything else, taking it for granted that an Aprilia chassis could be nothing less than excellent. What struck them was how the chassis excellence marries perfectly to the brand-new engine. Motorrad wrote: "With all the experience gained from 54 world titles and with the certainty of being at the top of the industry in terms of chassis, Aprilia RS 660 developers have created a wonderfully agile and at the same time neutral and stable chassis".

In addition to its excellent dynamic qualities, another of the RS 660’s facets to grab the journalists’ attention was its design. The Aprilia RS 660 is the product of an in-depth style study and that makes it an indisputably fascinating motorbike; the innovative idea of creating a double fairing with integrated aerodynamic appendix function represents a real window to the future. Federico Aliverti and Uxe Seitz had no doubt that the inspiration came from the racing world: one of the functions of the double-walled fairing is to optimize stability at high speeds.

When they got off the bike, the two journalists asked the same question: "When could I come back for another ride?".

DISCOVER IT ON SOCIAL MEDIA WATCH THE CLOSEUP VIDEO