Le Mans (France), 17 May 2015 - Despite the poor grip throughout the MotoGP weekend at Le Mans which conditioned the performance of the RS-GP bikes in the race as well, Alvaro Bautista finished in fifteenth place, enough to earn another championship point. Marco Melandri, also hindered by problems with the gearbox, finished in 18th place.

It was a weekend full of hard work for Aprilia Racing Team Gresini, penalised more than the others by the poor grip conditions which, with unpredictable weather also being an accomplice, characterised the sessions on the French track. Bautista rode a very courageous race, keeping up with the pack in the initial phases, losing ground as the tyre began to wear and then finding a good feeling at the end which made it look like perhaps a better result was in store but, although he closed the gap behind Laverty, he was unable to attack for fourteenth place. The two RS-GP bikes crossing the wire is in any case a good result for a team with the primary objective of the season being development of the MotoGP project.

ROMANO ALBESIANO (Aprilia Racing Manager)
“It was a difficult race, perfectly consistent with how everything went this weekend. This track was lacking grip from the first day. Alvaro worked his hardest and we brought home another point, but in a situation that is much different than the progress that we demonstrated at Jerez and it certainly does not satisfy us. This is precisely the goal we need to work on - better performance even when we take on these conditions.”

MARCO MELANDRI
“It was a difficult weekend where I never found the right feeling with the bike. Then today in the race the problems with the gearbox made things more complicated and slowed me down, so I wasn't able to do much better. It's a shame. After Jerez we could have done better, but now we'll try to put it behind us quickly and think about Mugello, our home round.”

Fausto Gresini (Team Manager): “Leaving France with another point earned by Bautista obviously pleases us, even if we had a complicated weekend. As had already happened in practice, today in the race Alvaro had grip problems which kept him from pushing to the limit. So we'll take this race and the difficulties we faced as another valuable experience that will help us to move forward. It was a shame that we had gearbox problems which affected Melandri's performance because otherwise he could have tried to get close to a finish in the points.”

Alvaro Bautista: “I got off the line well, moving up in the pack and with fresh tyres I was doing well, but as soon as they started to wear the bike became more unstable and more difficult to ride. We need to analyse all the race data carefully because toward the end the bike improved, becoming easier to ride, maybe because of the emptier tank and lower weight. We'll wait for Mugello. An evolution of the bike will be ready there and in the meantime I'd like to thank the team as they are working very hard. We finished here as well, earning a point, and given the conditions we found this is a good sign of confidence.” 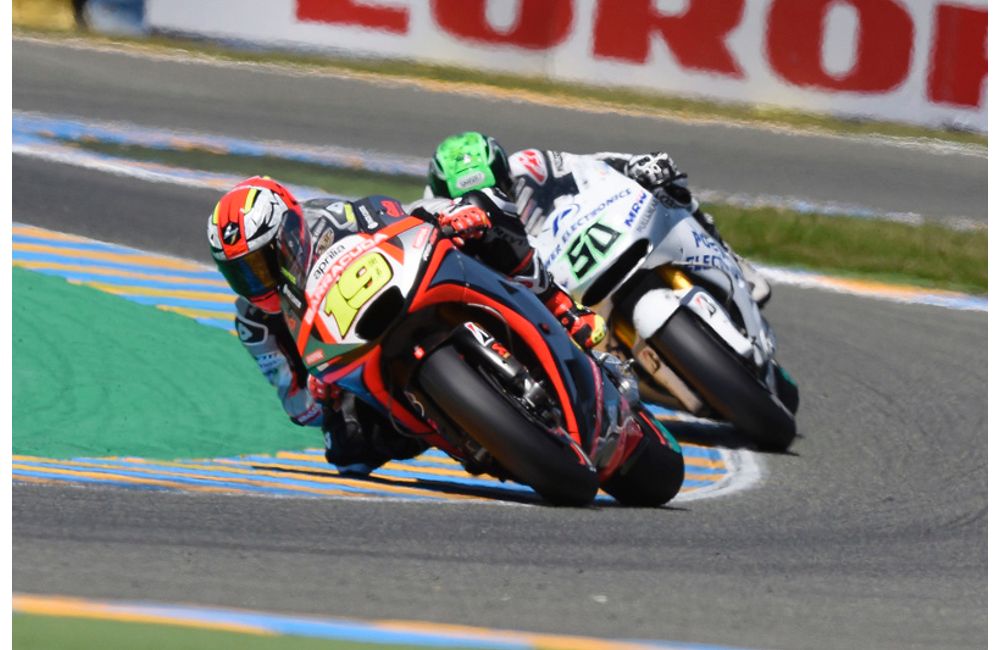 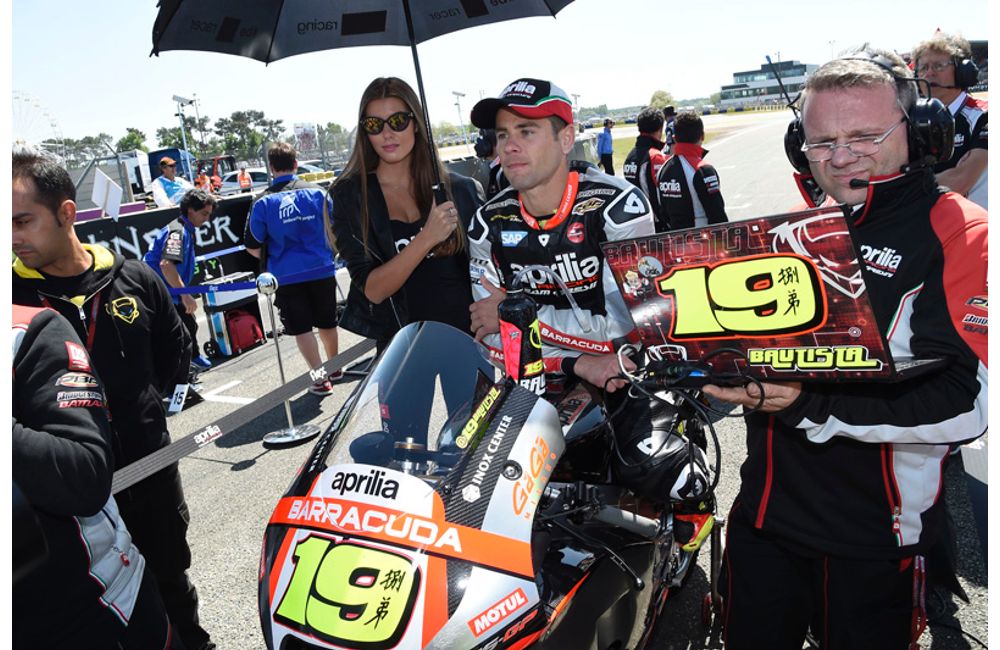