Our Stocky Scotsman Lewis Rollo “destroyed the field in the wet to clinch his first Pirelli National Superstock 1000 victory at BSB.
The IN Competition Aprilia rider led from lights to flag and blitzed the field to win by over three seconds.” States BSN - Bike Sport News.

From the 3rd row start in Sunday’s 22 lap race, within seconds Lewis appeared to challenge the front riders. Skilfully zipping past Olsen, Cooper and Mackenzie to take the lead at Starkeys.

The wet conditions didn’t phase Lewis on his RSV4, as he started to gain and gain, leaving the usual suspects to battle it out for 2nd and 3rd. With +4 for the lions share of the race Lewis took the chequered flag over 3 seconds ahead.

As well as celebrating his 20th Birthday this week, Lewis now celebrates his first win in BSB!
When interviewed, Lewis proved the same maturity he had shown in his superb ride on track, pledging his victory to his team and sponsors. We can’t wait to see what’s to come!

Levi Day #27 was having his own progressive and successful weekend, with a P3 grid start in Saturday’s race and P2 in Sunday’s, narrowly missing pole. We’re really starting to see him find his Aussie groove, the pace is certainly there, with a stronger strategy the team are confident Levi will be soon striving for victory himself as the season moves on.
During Sunday’s race Levi had some solid battles to finish 6th, with the likes of Rouse and Jackson.

What an action packed and successful weekend for the riders and team. Both riders scoring a personal best lap time, and now sitting 4th and 10th in the championship it’s a great result so far for IN Competition.

Ian Newton the teams owner and leader: "Fantastic weekend, the boys had the pace in the dry and the wet conditions, congratulations to Lewis on his maiden win, the team did a great job." 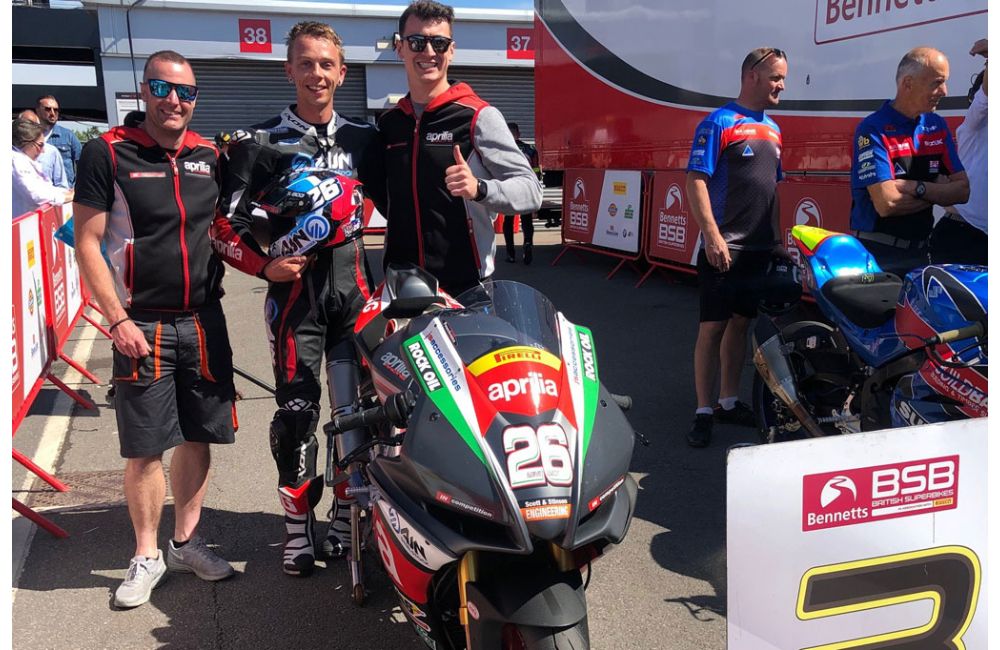