During the BSB weekend, on the famous TT track of Assen, fast Belgian Superbike pilot, Sander Claessen, secured both the 2018 national Belgian SBK title as well as the 2018 Benecup SBK title, on board his Delta Motorcycle Aprilia RSV4. A crowd around 25.000 spectators saw how Claessen scored in the races a first and second place beating his only rival, Yan Ancia, by lengths. He was on the beginning of this last championship race the only pilot to hold the Aprilia rider from the double. A lot of British superstock1000 riders on the list of 46 participants in Assen, what made the two races very spectacular. Good qualifs that resulted in a position on the second start row, good starts and consistent races did the job. The British riders could not score points as guest pilots because riding motorcycles that were not conforming to the Belgian and Dutch technical specs. But it made the races from the beginning very intense. Many take-overs and crashes included.

Six months ago, the championships started on the track of Croix en Ternois in the north of France with a difficult start and adaptation to the RSV4 and some small technical adjustments to the Italian motorcycle. A few weeks later on the Dutch Varsselring all the problems weren’t completely solved, but the third race in Belgian Mettet ended with a double victory. This was the starting point to finish five races in first position and six further on other rostrum places. After eight races in five countries, besides Belgium, The Netherlands and France, the Belgian federation, FMB-BMB, Championship took place in Germany and Luxemburg, Sander Claessen could put the Cup in the air before the big crowd on the Assen stands.

Claessens teammate on another RSV4 in the Delta Motorcycle Aprilia Team, Kenny Meersman, was also battling for a place on the final podium till the rider had a big collision with another participant in Oschersleben. This crash and the double leg fracture ended his season. He ended in both championships on the fourth position, scoring sharp points in the beginning of the season.

During Summer and only one week before Meersmans fatal accident, the two Aprilia pilots raced in the 6H de Spa-Francorchamps, a Belgian endurance race where a lot of EWC drivers took a start and ended sixth in the scratch results, but ended on the third step of the podium in their class, 1000Superbikes Inter. Completing a season not easy to forget. 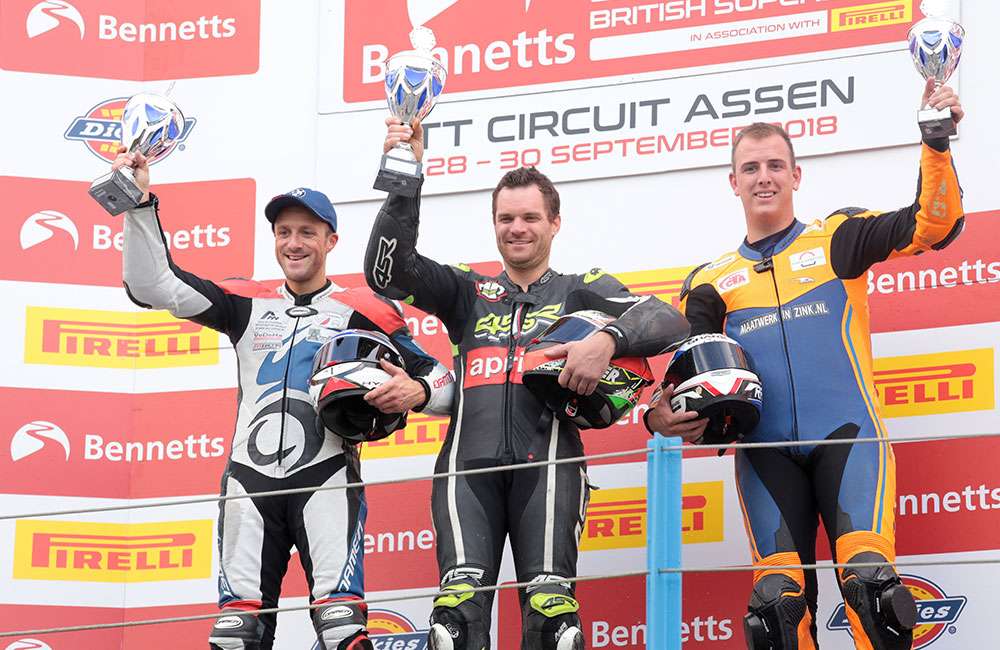 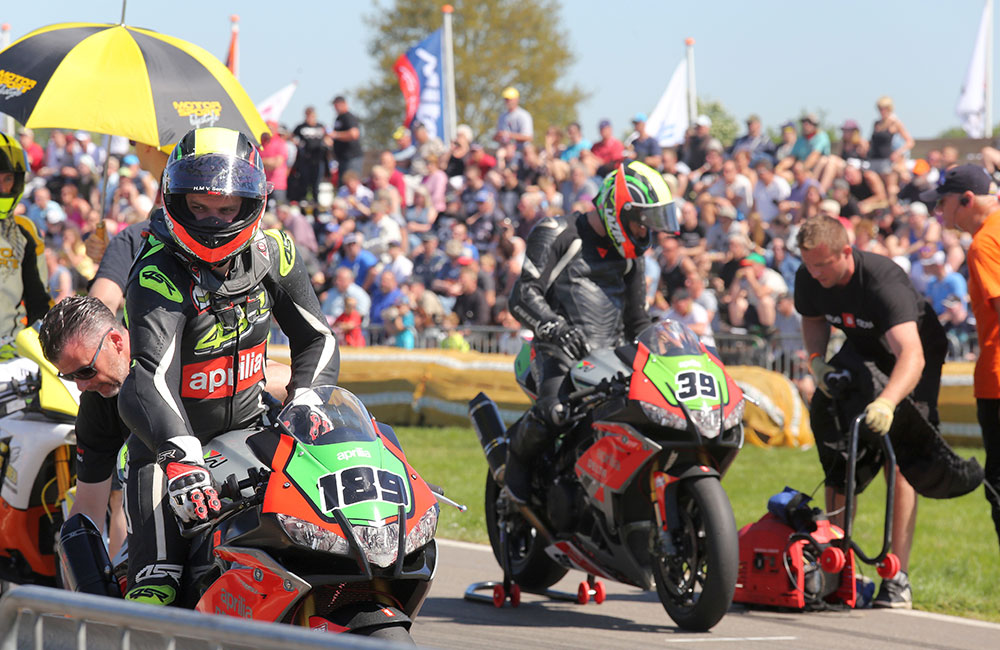