Milwaukee Aprilia have completed pre-season testing for the 2018 WorldSBK championship at the Portimao circuit in Portugal.

After 2 days of testing at the Spanish Jerez circuit the previous week, the team relocated to the Portimao circuit for another 2 days of track running before the season commences in February.

Focusing further on parts validation and long run pace, riders Eugene and Lorenzo worked through full schedules to put themselves and their Aprilia RSV4 RF machines in a strong position for the first race at Phillip Island in Australia.

The third year of the team's participation in the Superbike World Championship, 2018 sees them start in a much stronger position with a solid base setting for the Aprilia to work on and develop for their campaign. With the first official WorldSBK test scheduled for February 19-20 at the Phillip Island circuit, Milwaukee Aprilia will have a final opportunity to hone their riders and bikes before the first race on Saturday 24th at the circuit.

Shaun Muir - Team Principal
We left the previous test at Jerez in a good position, having worked through a lot of parts and settings. Coming to Portimao there is a big difference in the two circuits, so we knew that there was a lot to be learnt from this test, mostly the transfer of the base setting from one circuit to the next. For Eugene the first day went to plan, and ended the day in a good situation. Lorenzo had a few issues to work through on his bike and he struggled to get a good feeling on it. On day 2, Eugene didn't quite make the gains he had hoped for, but continued to focus on race tyres and general feeling with increased tyre wear. Lorenzo suffered a mechanical failure, and was also set back by many red flags. He did a good race simulation at the however, so both riders were still able to make good use of the track time. All in all it was a successful test, and we are in a much better position than this time last year. Considering that the entire WorldSBK paddock were testing here, we appear to have comparative times on race tyres which is positive. Aprilia racing have done a very good job over the winter break to get us in a stronger position going forwards. We can see the gains and hope to take further steps at the next 2 day test in Phillip Island.

Eugene Laverty
The 2 days at Portimao have been tough with the conditions, mainly the wind which we were all fighting with. The important thing for us was improving our weak areas such as rear grip, and we did that today so there is a good positive to be taken from that.
Portimao is such a different track to Jerez, so the bike that we arrived in Portugal with didn't work so well initially. We had to make some big changes during this test but the rear grip was still an issue. That area is definitely better after this test, and some of the difficulties we've had here are unique to the Portimao track.
We're in a stronger position heading to Phillip Island this year for sure, and with two days of testing before the weekend begins we want to make sure we have a solid bike to work with.

Lorenzo Savadori
We had 2 positive days at Portimao, we worked a lot to improve the RSV4 RF and my rhythm on it. Of course this circuit is very different to Jerez so our base setting for the bike had to change, but it is useful to get different data and to understand the bike more.
Our focus was not on fast lap times, because we need to make the bike effective over race distance. We made some good progress in preparing the bike for Phillip Island, and we can use the experience of 2017 to make sure we are strong at the first race.
The whole team has worked very hard this week. I am thankful to SMR and Aprilia for the continued support this year, and I am really looking forward to racing again in February. 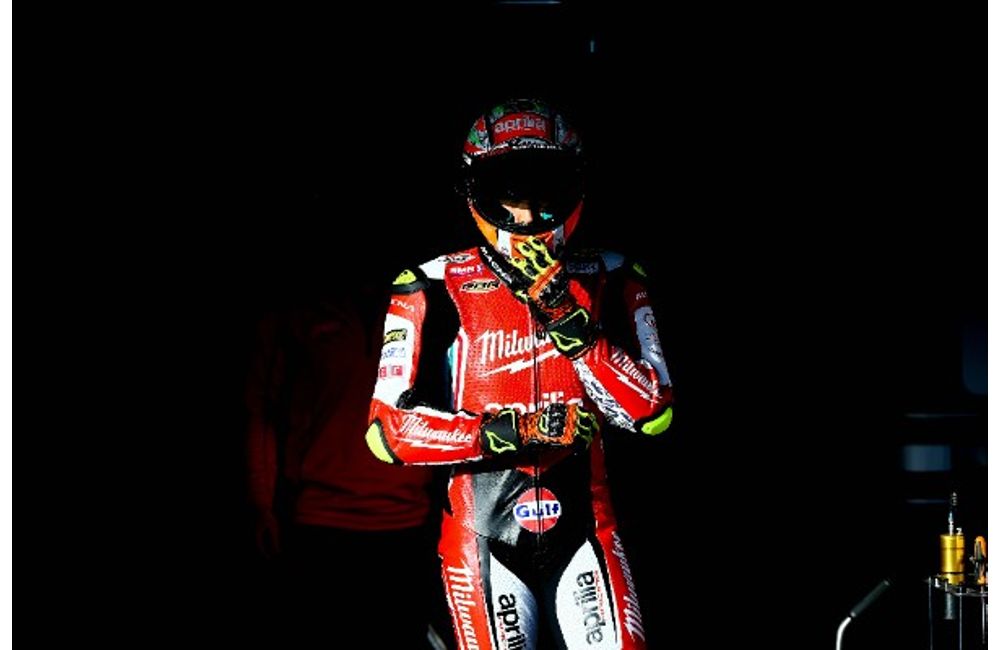