Sepang (Malaysia), 1 August 2015 – Aprilia showed its stuff today at Sepang in Superpole, the session that decides the starting order for the WSBK races tomorrow on the Malaysian track.

Torres took full advantage of the session on a qualifier tyre and rode his RSV4 RF to second place, just 27 hundredths of a second behind Sykes' pole.

With this performance Jordi, a rookie in World Superbike this year, confirms his growth, improving on his performance at Laguna Seca when, for the first time, he took a spot on the front row, but with the third best time.

Max Biaggi, the six-time World Champion, did an excellent job in his second wild card of the season. Almost three years after retiring from racing he battled valiantly, leaving many of the Championship protagonists behind and he missed a spot on the front row by just over a tenth of a second. For him this is an excellent fourth best time that places him on the second row and improves on the fifth spot on the grid that he took at Misano.

Leon Haslam was a bit farther back. The English Aprilia Racing – Red Devils team rider had been one of the main players in the last free practice session to get into Superpole, finishing in second place behind his team mate, Torres, but he was unable to exploit his tyre in the decisive session where he finished in eighth place for a spot on the third row.

Max Biaggi: “I'm pleased with the final outcome because just toward the end of the qualifiers we figured out a few things and I hope that this is the step forward we were trying to find for the races. This is a demonstration of why it is essential for me to take full advantage of every single session. My testing here, which was conducted in only one day because of the rain, cannot compare to the race weekend habits of the riders who compete throughout the entire season and are accustomed to certain automatisms. Tomorrow I hope to ride two nice races. I want to stay with the leaders and that is why starting well will be important.”

Jordi Torres: “This morning we did very well and we worked on my RSV4 with a race tyre because we are quite worried about wear, which is the aspect where we still need to make progress and we'll use the warm up session to improve. I am feeling much better with the qualifier tyre now, thanks to increasing experience and in Superpole we pushed well. Maybe I needed be just a bit fiercer to do even better. Now we'll just wait for the races tomorrow. I'm starting from an excellent position and hopefully we'll do well.”

Leon Haslam: “This morning everything went very well, but unfortunately in the afternoon, both in the last free practice and in Superpole, some problems came up that we are assessing now. We need to improve something on our race pace, but above all we need to get back the feeling I had this morning with my bike. If we can do that tomorrow I'll be able to ride two great races.” 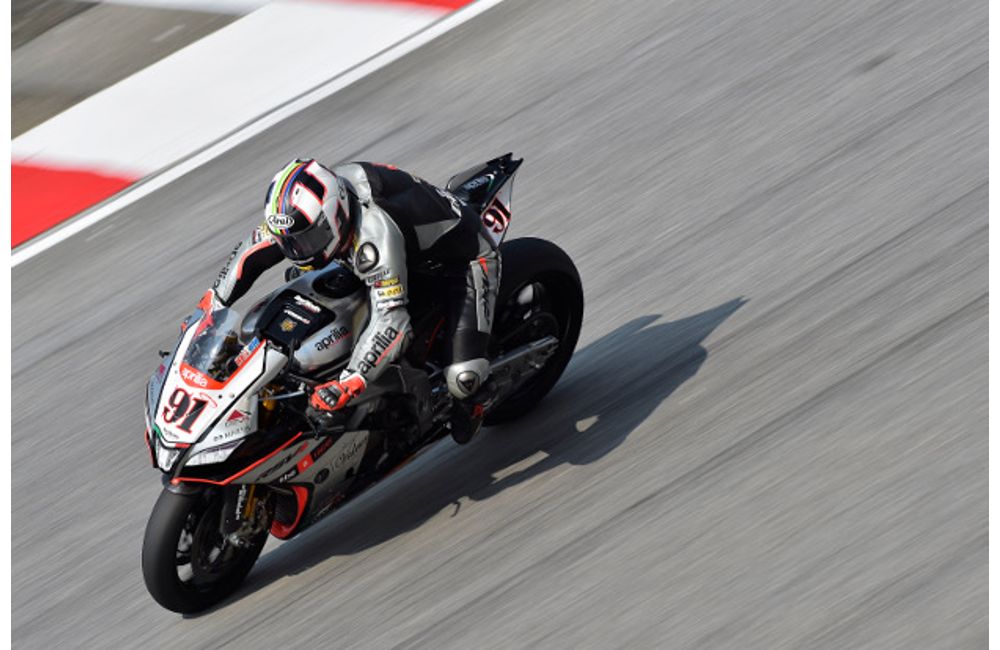