Noale, 30 September 2015 – The penultimate round of World Superbike 2015 will have the factory derivative bikes taking on the historic French Magny-Cours track. The Aprilia Racing Team – Red Devils arrives at this race after placing both riders on the podium at Jerez de la Frontera and with memories of the double one-two that the RSV4 machines brought home last year.

These are conditions that justifiably make Leon Haslam and Jordi Torres quite optimistic. The two riders from the Italian team are strongly motivated to finish out the season in the best possible way: Leon has the opportunity to grab third place in the overall rider standings, whereas Jordi is keen to confirm his status as best rookie of the season.

The Névers track is quite a tricky one and the decidedly unpredictable weather doesn't help. The characteristics of the track require maximum attention during the practice sessions, both to adapt to a decidedly complex layout and to get ready to handle any weather conditions that may arise.

SUPERSTOCK 1000: SAVADORI AND APRILIA JUST A SHOUT FROM THE TITLE

After battling at Jerez de la Frontera against both difficult rivals and an injury suffered during training, and after earning a precious podium finish, Lorenzo Savadori arrives at the French track with just one goal: winning the championship title.
The Team Nuova M2 rider needs just one point to push his lead out of reach for his nearest adversary and give Aprilia their first confirmation in Stock. For this race Lorenzo will once again have team mate Kevin Calia and wild card Alessandro Andreozzi racing alongside him, obviously both astride an Aprilia and both anxious for redemption after the last race.

Leon Haslam: “Magny-Cours 2014 was a great race for me and for Aprilia in the rain. The RSV4 machines finished in the top two spots and I was right behind them. After the Jerez tests I am definitely feeling positive about the progress we've made since we were the fastest on the hot conditions. There is still the unknown factor of the weather, but I can't wait to get back onto the track. We need to win races to finish out the season respectably.”

Jordi Torres: “I am coming to Magny-Cours very motivated after the weekend at Jerez which left a sweet taste in my mouth. I'll be taking on a legendary circuit for the first time, but if I'm able to find a good feeling from the start we'll be able to set our sights on a good result. This is a particular track, with tight turns and direction changes, but it's also a fast track with a long straight stretch. So we'll have to work on finding a setting that is a good compromise to let me take full advantage of the RSV4 in all circumstances. My mechanics know this and that will speed up our work. I can't wait to see Magny-Cours and give it my all in the saddle.” 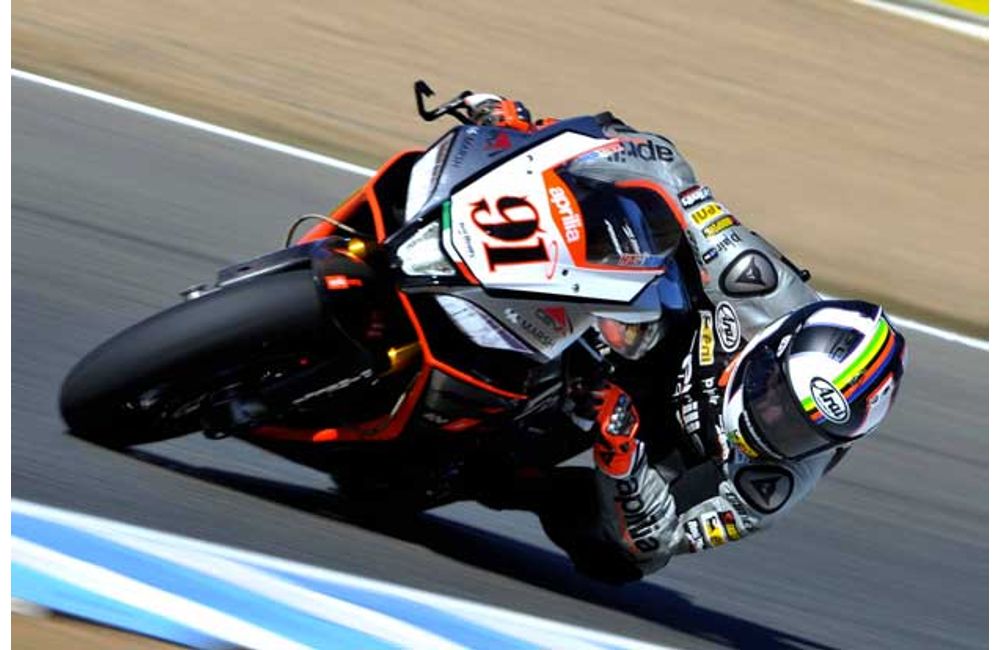